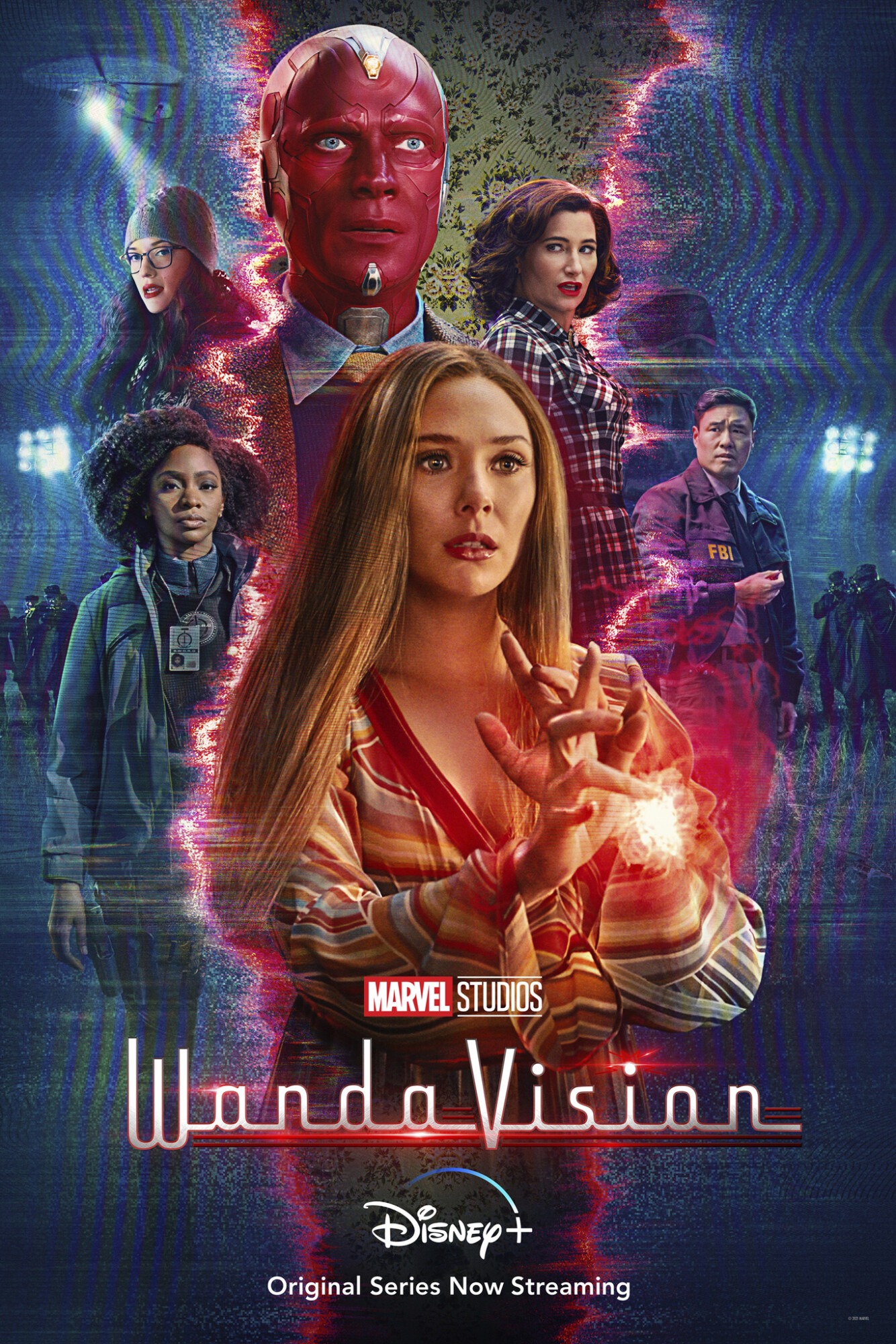 An all-new, mid-season trailer & show poster are now available for Marvel Studios’ “WandaVision”—Episodes 1-4 are streaming exclusively on Disney+. Don’t miss Episode 5 when it debuts this Friday.

In this new trailer we see clips from the previous 4 episodes and a look forward to in the 2nd half of the season.  We get a look at the ’80s, ’90s and ’00s, as well as what appears to be something like Modern Family scene with Wanda talking directly to the camera.  One part of the trailer shows Agnes asking “should we just take it from the top” which would be like reshooting a scene for the sitcom.  We also see Vision wondering what is outside of Westview and has him at the forcefield.  Toward the end, Wanda and Vision floating, appearing as if they are getting ready for some battle with one another.  Whatever is coming, it should be exciting.  The next episode will be available on Disney+ this Friday, February 5th.

Disney+ is the dedicated streaming home for movies and shows from Disney, Pixar, Marvel, Star Wars, National Geographic, and more. As part of Disney’s Media and Entertainment Distribution segment, Disney+ is available on most internet-connected devices and offers commercial-free programming with a variety of original feature-length films, documentaries, live-action and animated series, and short-form content. Alongside unprecedented access to Disney’s incredible library of film and television entertainment, the service is also the exclusive streaming home for the latest releases from The Walt Disney Studios. Disney+ is available as part of a bundle offer that gives subscribers access to Disney+, Hulu (ad-supported), and ESPN+. Visit DisneyPlus.com to subscribe and/or learn more about the service.