Marvel has released the trailer for the upcoming documentary, “Behind the Mask” which debuts on Disney+ on February 12th.  For someone who loves the history of the Marvel company and the heart and soul that has been put into their projects, this documentary looks like it will be fantastic.  The trailer opens with Joe Quesada (Joe Q), who is the Executive Vice President and Creative Director at Marvel, talking about a conversation he had with Stan Lee.  He asks Stan, how to create the perfect Marvel character. Stan told him, tell us more than the hero in the costume saving the people in trouble.  Tell me his issues, his fears and then the reader becomes vested in the character.

Here is the synopsis for Marvel’s Behind the Mask:

From the very inception of comic books, secret identities have been an integral part of both super heroes and villains leading “normal” lives. But it’s the characters beneath that resonate within us across generations of fans. Since the advent of the Marvel Age of Comics in the early 1960s, Marvel’s writers and artists have used the notion of identities to examine the evolving concept of equal rights. These legendary Marvel creations and stories have not only reflected the world outside our window – they have become a reflection of our own identities and who we truly are.

Marvel’s Behind the Mask will feature guests from across Marvel’s 80-year legacy. Included are the writers and artists behind the rise of characters like Black Panther, Miles Morales, Ms. Marvel, Luke Cage, the X-Men, Captain Marvel, and many other characters in the Marvel Universe, highlighting Marvel’s impact on pop culture and media.

The documentary will take viewers through the decades and what led to the creation of these iconic Marvel characters and how the creator behind them embraced what the character represented.  From Neal Kirby talking about his father Jack, who brought more comic characters to life than anyone else and what it meant creating them… to Professor John Jennings describing Black Panther’s story as “this idea of an untouched Black Space.”

The film also features testimonies from other artists and writers as they discuss how over time, comic books would turn away from the negative image of stereotypes in our society and give these characters a positive voice.  In turn, this empowered people who could relate to that characters traits.

Marvel’s Behind the Mask documentary will debut on February 12th on Disney+ and is directed by Michael Jacobs and produced by Marvel New Media, Chris Gary and Ryan Simons. 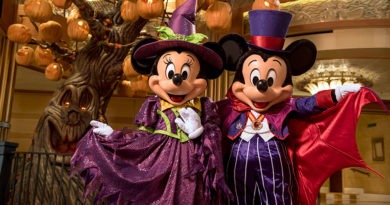 Buy a Flair Bag, Get a Charm for $5 Plus Free Key Pin at shopDisney