Disney Fairytale Weddings are celebrating 30 years of magical ceremonies! Most know that you can exchange vows in the Wedding pavilion at the Grand Floridian, however there are other locations to choose from. How about saying I do at the Tower of Terror? Yes, I’m totally serious! Here’s a bit of wedding info courtesy of Travel & Leisure-

If you’ve ever walked through the eerie queue of The Twilight Zone Tower of Terror at Disney’s Hollywood Studios and thought, “this would be a great place to get married,” you’re not alone. The Disney World thrill ride is just one of several unique wedding ceremony locations in the theme parks. In fact, Disney’s Fairy Tale Weddings & Honeymoons offers a range of incredible venues for couples who want to celebrate their love in the “Most Magical Place on Earth.”

Even though the Hollywood Tower Hotel looks spooky and foreboding during the day, its outdoor courtyard is transformed into a glamorous, old Hollywood wedding venue for couples who want to say “I do” in front of its intricately themed facade. Couples hoping for an otherworldly experience may want to book Pandora — The World of Avatar for their ceremony, so they can recite their vows against a backdrop of colorful foliage and floating mountains.

Meanwhile, the internationally inspired pavilions of Epcot’s World Showcase are the perfect option for couples who want to get married in Italy before hosting a reception in France all in the span of one day (no jet lag or long-haul flight required). And for the ultimate Disney wedding experience, couples can wed in a fairy-tale ceremony in front of Cinderella Castle after the Magic Kingdom closes.

Disney’s Fairy Tale Weddings & Honeymoons is celebrating its 30th anniversary this year, marking three decades of magical moments. And it’s not just about the iconic theme park ceremony venues — there are Disney engagement rings and even princess-inspired wedding dresses for fans who want to incorporate Disney into nearly every aspect of their big day. You can find more details (including venue pricing) on the Disney Weddings website.

Thank you to Travel & Leisure for the scoop! 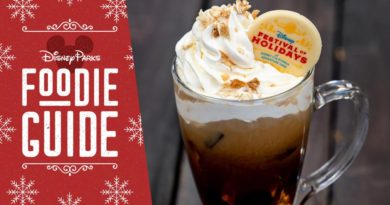