From National Geographic, the Disney+ Original Four-Part Series Is an Awe-Inspiring Look at the Mysterious and Beautiful World of Whales

Featured in the May issue of National Geographic magazine – The Ocean Issue – available online at natgeo.com/planetpossible on April 15

In addition, National Geographic’s newest platform, Planet Possible, which will aim to inform, inspire and enable consumers to live more lightly on the planet, will kick off with an Earth Day celebration featuring a breathtaking glimpse of the wonders of whale culture.

All four episodes of the Disney+ original four-part series are available to stream on April 22.

Epic, revealing and emotional, that’s what you get when immersed in the secretive world of whales and see life and love from their perspectives. From Academy Award®-winning filmmaker and conservationist James Cameron, SECRETS OF THE WHALES plunges viewers deep within the epicenter of whale culture to experience the extraordinary communication skills and intricate social structures of five different whale species: orcas, humpbacks, belugas, narwhals and sperm whales. Featuring the expansive knowledge and skill of acclaimed National Geographic Explorer and Photographer Brian Skerry, the four-part Earth Day special-event series unveils new science and technology to spotlight whales as they make lifelong friendships, teach clan heritage and traditions to their young, and grieve deeply for the loss of loved ones. Filmed over three years in 24 global locations, throughout this epic journey, we learn that whales are far more complex and more like us than ever imagined. This is a personal story that very few are lucky enough to witness … until now.

SECRETS OF THE WHALES is narrated by award-winning actress and conservationist Sigourney Weaver and scored by French composer Raphaelle Thibaut. The series is created by Red Rock Films.

FIRST TIME evidence suggested that Belugas give themselves names, so groups can keep track of each other; baby belugas share their moms’ call signs
FIRST TIME scientists learned that a baby sperm whale suckled from its mother until they saw this footage.
FIRST TIME 30,000 humpbacks can be seen charging down the coast of Australia towards Antarctica and use breeches to talk to each other
FIRST TIME ever a sperm whale calf is recorded feeding
FIRST TIME cross-species adoption is ever recorded; Beluga pod adopts narwhal as part of the pod.

In The Secrets of Whales, award-winning National Geographic photographer Brian Skerry offers bold new insight into the lives of the world’s largest mammals, along with their complex societies. He reveals that whales— especially the sperm and humpback species—share an amazing ability to learn and adapt to opportunities, from specialized feeding strategies to migration techniques. There is also evidence of deeper, cultural elements of whale identity, from unique dialects to matriarchal societies to organized social customs like singing contests. Here, these alluring creatures are revealed in all their glory: a potent symbol of how these majestic creatures can teach us about ourselves—and our planet.
(on sale April 6, 2021; currently available for pre-order)

ABOUT THE MAGAZINE ISSUE
The May issue of National Geographic magazine, The Ocean Issue, aligns with the four-part NGC series and the Brian Skerry book. The issue will be published online at natgeo.com/planetpossible on April 15 and features four main features: the cover story on whale wisdom titled “Secrets of the Whales”, presenting a layered view of the complex societies of the world’s largest animals and featuring photography by Brian Skerry; a look at the latest expedition of French underwater photographer and biologist Laurent Ballesta, whose 2019 underwater expedition included living in an underwater capsule 400 feet below the surface, exploring the seabed and discovering more than two dozen new species and behaviors; a look at coral reefs, the ocean thermometer on our planet and whose complex ecosystems are in trouble, through the prism of photographic time lapse, delivering a powerful visual of before-coral-bleaching and after-coral-bleaching; and a profile of American oceanographer and marine geologist Bob Ballard, best known for discovering the wreck of the Titanic in 1985. 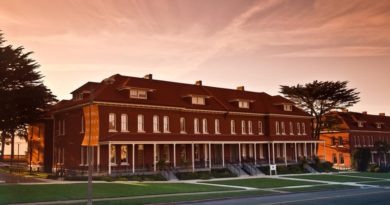 On Your Mark, Get Set … EPCOT!

Season’s Greetings from Disney Ambassadors Around the Globe