From the Walt Disney World News and written by: Corey

Did you ever want to know what it would be like to be shrunken down to minuscule proportions and be inserted into the human body? On October 19, 1989 Disney gave us what most consider the first thrill ride in EPCOT Center. Body Wars was a motion simulator ride that opened with the Wonders of Life Pavilion. The pavilion showcased attractions that were related to health and the body and is located between the now Mission:SPACE and Universe of Energy.

Body Wars opened almost 22 months after Disneyland debuted the well received Star Tours attraction. Both rides were based around the same technology known as Advanced Technology Leisure Application Simulator or ATLAS. ATLAS was a product of Rediffusion Simulation and derived from from flight simulators designed by the military. There were four simulators used in Body Wars that consisted of 40 person cabins.

The ride began with the rider entering the labs of MET or Miniaturized Exploration Technologies. After making their way through the queue the rider would receive their training which consisted of a briefing from the Mission Commander explaining that they had sent Dr. Cynthia Lair into the index finger of a volunteer who had a splinter. The Dr. was conducting test on the white blood cells and their ways of protecting the body from infection. After the briefing the real training began, the spiel on how to fasten seat belts, stowing your carry ons, no flash photography and no smoking either. You and the 39 other people are then shrunken down and immediately implanted into the volunteer with the splinter. As you are traveling with white blood cells to the location of the splinter you find out Dr. Lair has been sucked into a capillary and its up to you and the captain to go in a rescue her. Dr. Lair is then pulled in a vein to the heart and lungs and then she’s attacked by one of those deadly white blood cells. The captain then tries to stun the blood cell but, oh no!, the body probe has ran out of juice. So then Dr. Lair tells us that the brain works on electrical impulses, so thats where we head to next. So now theres power to get us all out safely and we can enjoy the rest of the day at our favorite theme park.

The ride ran from 1989 and closed entirely in 2004. The pavilion along with the attractions was originally sponsored by MetLife but they pulled sponsorship in 2001. The main attractions continued to operate and in 2004 the pavilion became a seasonal pavilion. After closing on January 1, 2007 the pavilion never opened again except as a special event faculty. The film was directed by Leonard Nimoy (aka Spock), and starred Tim Mattheson as Captain Braddock and Elizabeth Shue as Dr. Cynthia Lair.

When the ride first began operating it wasn’t unusual to see hour plus waits but as the years passed it became a walk on attraction operating way below capacity. The whole pavilion lost popularity which is the main reason the doors were finally shut.

Women Behind the Magic: Cynthia Meeusen on Bringing Upcoming Expansions to Life at Disneyland Paris 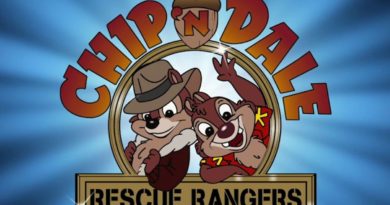