Today, Disney+ revealed the official season two trailer and key art for “High School Musical: The Musical: The Series,” premiering Friday, May 14. In season two, the East High Wildcats, who are preparing to perform “Beauty and the Beast” as their spring musical, face off against rival school North High to win a prestigious and cutthroat student theater competition. Wigs are snatched, loyalties are tested, and ballads are belted. The season also features brand-new solos written by Olivia Rodrigo and Joshua Bassett.

Season one of “High School Musical: The Musical: The Series” is currently available on Disney+. It has been “Certified Fresh” on Rotten Tomatoes as measured by a consensus of reviews by top critics and audience members and was recently awarded a GLAAD Media Award. The series is created and executive produced by Tim Federle (“Ferdinand”).

About Disney+
Disney+ is the dedicated streaming home for movies and shows from Disney, Pixar, Marvel, Star Wars, National Geographic, and more. As part of Disney’s Media and Entertainment Distribution segment, Disney+ is available on most internet-connected devices and offers commercial-free programming with a variety of original feature-length films, documentaries, live-action and animated series, and short-form content. Alongside unprecedented access to Disney’s incredible library of film and television entertainment, the service is also the exclusive streaming home for the latest releases from The Walt Disney Studios. Disney+ is available as part of a bundle offer that gives subscribers access to Disney+, Hulu, and ESPN+. Visit DisneyPlus.com to subscribe and/or learn more about the service. 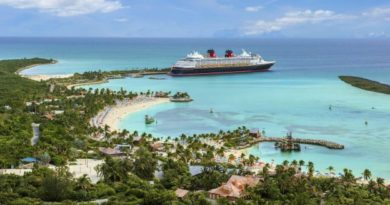