From the Walt Disney World News and written by: gabriel.m.gibaldi@disney.com

Guests can discover or rediscover some favorite attractions and experiences at  Disneyland Park and Disney California Adventure Park, from thrilling adventures like Star Wars: Rise of the Resistance and the Incredicoaster, to family-friendly experiences like Toy Story Midway Mania!, Soarin’ Around the World and the newly reimagined Snow White’s Enchanted Wish.

Because theme park capacity will be limited to comply with governmental requirements and promote physical distancing, the Disneyland Resort will manage attendance through a new theme park reservation system that requires all guests to obtain a reservation for park entry in advance. To enter a park, both a park reservation and valid admission for the same park on the same date are required for guests ages 3 and up. Theme park reservations will be limited and subject to availability and, until further notice, only California residents, in groups no larger than three households, may visit the parks in line with current state guidelines.

Upon reopening, Disneyland will continue to utilize a virtual queue system for Star Wars: Rise of the Resistance.* This virtual queue is only accessible via the Disneyland mobile app, and guests may only experience the attraction by joining the virtual queue. Distribution times for virtual queue enrollment will be twice daily, one in the morning, and one later in the day. Specific times and details will be shared at a later date on Disneyland.com.

As guests and Disney cast members work together to promote the health and safety of everyone, the Disneyland Resort is adding enhanced health and safety measures. These measures include appropriate facial coverings required for all guests ages 2 and above, temperature screenings prior to park entry, physical distancing, capacity measures, enhanced cleaning procedures and cashless transactions. Markers will be placed in attraction queues to assist with physical distancing guidelines (6 feet between parties). Select attraction queues will also feature plexiglass in places to further support in physical distancing.

For a complete list of attractions and the latest Disneyland Resort information, guests may visit Disneyland.com or download the Disneyland app.

*Access to a Star Wars: Rise of the Resistance boarding group is subject to availability and not guaranteed. In order to give as many guests as possible the opportunity to join the Resistance, each guest can enter the virtual queue no more than once per day.

Upon reopening, certain parks, restaurants, attractions, services, experiences, and other offerings will be modified or unavailable, will have limited capacity, and will be subject to limited availability or even closure, and park admission and offerings are not guaranteed. 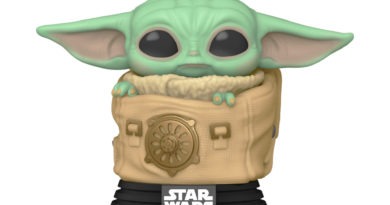 #DisneyMagicMoments: Yep, DOLE Whip Nachos at Disney Springs Are Back!