From the Disney Parks Blog and written by: Nikki Moreno

Is there a better way to take a break from months of production than at the ultimate Hawaiian vacation destination? Peyton Elizabeth Lee recently spent a fun-filled weekend at Aulani, A Disney Resort & Spa during some well-deserved time off from shooting her upcoming Disney+ Original series, “Doogie Kamealoha M.D.” While at Aulani Resort, Peyton was able to soak up the sun, enjoy the lazy river, as well as hang out with some of her closest pals, Mickey, Minnie, Stitch, and Moana! Our photographer was on-site to capture some of these moments. Take a look! 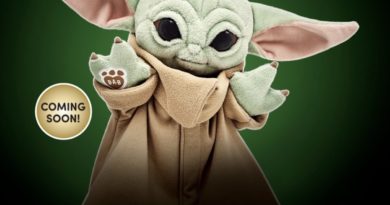 “The Child” is coming to Build-A-Bear Workshop!