Downey shared the video late yesterday in a tweet, which reads: “Cannot believe it’s been two years since Endgame… #LoveYouAll3000.” In the 24-hours the Tweet has been live, it’s already amassed over 279,000 hearts and almost 4,000 re-tweets.

The scene, featured above, was between Downey and actress Katherine Langford, who was previously cast in a role that didn’t make the final cut of the film. Langford was supposed to play an older version of Tony Stark’s daughter Morgan Stark.

In the scene, Morgan and Tony have a touching heart-to-heart just prior to Stark’s death before snapping his fingers while wearing the Infinity Gauntlet. However, the scene never made it to the final version of the film–nor did Langford.

In an interview with Endgame’s co-director Joe Russo, he revealed the scene was cut because it seemed to have been too complicated for the test audiences who saw early versions of the film.

“There was an idea that Tony was going to go into the metaphysical way station that Thanos goes in when he snapped his fingers, and there was going to be a future version of his daughter in that way station.”

Russo added, “The intention was that his future daughter forgave him and gave him peace to go. The idea felt resonant, but it just was too many ideas in an overcomplicated movie. We showed it to a test audience and it was really confusing for them.”

Can you believe it’s already been two years since the premiere of “Avengers: Endgame” in theaters? Did you see the film the night it premiered in theaters? Let us know in the comments! 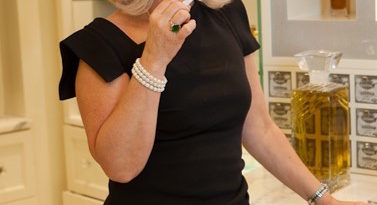 Alaska From a Seasoned Cruiser’s Point of View