From the Walt Disney World News and written by: Marina Radford

When we see Mickey, we know that his trustful pup Pluto isn’t far behind! Whether you are in the parks, or watching Disney+ Shorts, it’s safe to say that where there is Mickey, Pluto is along at his heels. Why do we love Pluto so much though? He is the only member of the fab five that doesn’t talk, which means he has to make up for it with this personality, which he does plenty of. Below are some reasons why we seem to think Pluto is Mouse’s best friend.

While these may not be your reasons for loving the happy yellow pup, we are sure there are many other reasons why we all love Pluto so much, just may not as much as a certain mouse we know.

What To Do With Your Old Disney Face Masks 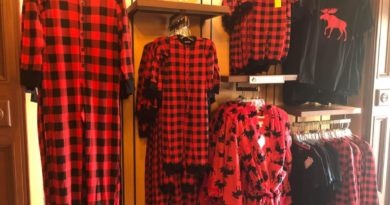 New Merchandise at the Annual Passholder Pop Up Shop at Epcot

Feel the Force Within You With Star Wars runDisney Merchandise!