Op-Ed: Disneyland vs. Disney World: A Comparison By Numbers & Statistics

Op-Ed: Disneyland vs. Disney World: A Comparison By Numbers & Statistics

From the Walt Disney World News and written by: Ben Creighton

I know a whole lot of west coasters, mostly Californians, who love Disneyland and have never considered traveling across the country just to visit “the other Disneyland”. Yes I’ve heard it called that.

I lived in California for more than 50 years. I’ve been to Disneyland (and of course eventually Disney California Adventure) more times than I can count, beginning in the early ’70’s. I was finally able to take my family on a Disney World vacation in the year 2000. And… so it began. We have visited nearly every year since, with only the pandemic putting a stop to our streak. I’ve had friends ask the question, more and more often as years went by, why would I take the time and spend the money to fly clear across the country to go to Walt Disney World? It’s pretty much the same thing as Disneyland, right? Oh boy, here we go.

I quickly learned that to simply answer “no”, and to say that the two are almost nothing alike, made no sense to people. It drew no picture. One is a “land”, the other is a “world”. Get it? Still nothing. So I decided the best way to help people really understand what an amazing place Disney World is, even when compared to the awesomeness that is Disneyland, was with sheer numbers. So here goes.

Most everyone is familiar with Disney’s iconic monorail system. The Disneyland monorail travels a total of 2.5 miles. In Disney  World, it runs nearly 15 miles, or 6 times as far. And even still it doesn’t come close to serving all of Disney World property.

Disneyland/DCA/Downtown Disney currently has 3 resort hotels on property. And, if we include all manner of dining, has roughly 50 eating establishments, about 20 of which are sit-down restaurants. Using the same metric, Disney World property is home to more than 25 resorts, and in excess of 250 eateries of various types. These numbers are dynamic of course but still offer another good mathematical eye opener to the vastness of Walt Disney World. Disneyland hotels have a total of around 2,500 rooms. In Disney World, it’s 36,000.

Just one last stat to give you a truly realistic picture of the difference between the two. In terms of acreage, you can fit 51 Disneyland Resorts inside all of Walt Disney World’s property. Yes, 51. So if you just love love love Disneyland but don’t think WDW is worth the time and effort (and money)… stop it. Disneyland is a truly magical place. In my opinion, Disney World is simply more magical. Much more. Call your travel agent now. You can thank me later. 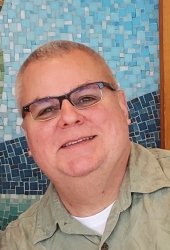