In a new interview, “The Devil Wears Prada” star Emily Blunt reveals she turned down the role of playing Black Widow in the Marvel Cinematic Universe. Blunt says a contract she had with 20th Century Fox made her pass on the knife wielding character.

In a recent interview with Howard Stern, Blunt revealed she had signed a contract with 20th Century Fox that gave her a role in “The Devil Wears Prada.” However, part of the deal was that the same contract locked her into a second movie with the studio. That movie, chosen by Fox, was Rob Letterman’s “Gulliver’s Travels,” a loose adaptation of the adventure novel which starred Jack Black.

Blunt says she was called to work on “Gulliver’s Travels” at the exact same time “Iron Man 2” was going into production and she knew Marvel Studios wouldn’t be able to halt production on her behalf. From passing on the role, it was given to Scarlett Johansson.

During the interview, Blunt said the entire situation was “a heartbreaker,” saying, “I take such pride in the decisions that I make, and they mean so much to me, the films that I do. I care very deeply, very, very much, about the choices I make. That’s all I have, the choices that I make.”

It’s worth noting that the contract she signed for her role in “The Devil Wears Prada” is what gave Blunt her big break in Hollywood. Although, from this, it did cause her to give up a role that could have launched her career in an entirely different direction in the movie industry as the Marvel Cinematic Universe films are international blockbusters.

What are your thoughts on Emily Blunt passing on the role of Black Widow? Let us know in the comments! 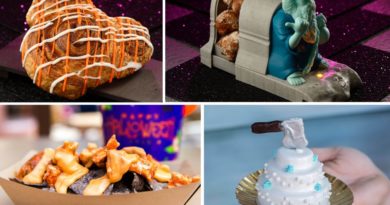