Full of adventures and mysterious creatures all waiting to be discovered, LEGO MYTHICA is an incredible parallel universe to ours. A universe that, unbeknown to us, has been created by the power of kids’ imagination. Whenever a child takes the time and care to build a creature from LEGO bricks, it comes to life for real in MYTHICA. Starting May 27, this new journey comes to the theme park built for kids with two adventurous experiences:

LEGO MYTHICA – JOURNEY TO MYTHICA follows Bobs, a courageous little Alicorn on a 4D adventure into MYTHICA. There he will experience enchanted forests, raging seas, hidden caves, fire, and ice. He will have to escape the Chimera, soar with Maximus the Sky Lion and make a splash with Duo the Hydra, all before discovering his true powers.

This all-new 4D movie will be showing daily inside the LEGOLAND Fun Town Theater.

LEGOLAND Florida Resort invites guests to enjoy the all-new 4D movie and then explore a world of imagination to see LEGO MYTHICA creatures come to life before their eyes. In this AR (Augmented Reality) scavenger hunt in MINILAND, families will work together to find the creatures from the 4D movie and save MYTHICA by inspiring kids to create again. Explore all sections of MINILAND to discover seven hidden LEGO MYTHICA creatures and “capture” them as digital trading cards, revealing their organic forms within the world of MYTHICA. This exclusive AR experience can be accessed by downloading the free LEGOLAND Florida app.

MINILAND will reopen for this limited-time experience over the summer before continuing construction on its previously announced shade structure.

Both awesome experiences are included in the price of admission to LEGOLAND Florida. For more information, visit LEGOLAND.com/Florida. 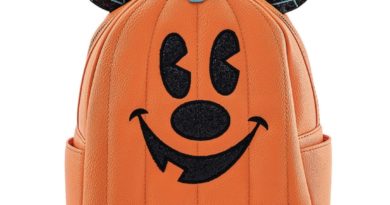