The secret is out: Thomas Bezucha, who helmed last year’s crime thriller Let Him Go, and Ali Selim, who worked on Hulu’s 9-11 drama The Looming Tower, have been tapped to direct Marvel Studios’ latest series, Secret Invasion.

The show has been casting up in recent weeks with Olivia Colman, Emilia Clarke, and Kingsley Ben-Adir joining Samuel L. Jackson and Ben Mendelsohn on the call sheet. The latter two are reprising their respective Marvel movie roles of sneaky tough guy Nick Fury and Talos, a shape-shifting alien from a species named the Skrulls.

Plot details for the show are being kept secret in the mighty Marvel manner but in the comics, Secret Invasion revealed that Skrulls had infiltrated human society, and that some of Earth’s superheroes had been replaced by Skrulls years earlier.

Kyle Bradstreet, known for Mr. Robot, is writing and executive producing the series.

The series is expected to shoot in Europe later this year. It is unclear what the breakdown of episodes will be but could be three-three or four-two, according to sources.

Let Him Go, described as a neo-Western, starred Kevin Costner and Diane Lane as grieving grandparents who set out to find their only grandson from a bunch of no-good in-laws. Bezucha both wrote the script (adapting a Larry Watson novel) and directed, with the movie generating strong reviews.

Selim, an Egyptian-American, has been working in the dramatic thriller lane in television for some time, with shows such as In Treatment, Hand of God, and Manhunt, among others. He was a story editor and writer on Tower, the 2018 mini-series created by Dan Futterman and Alex Gibney that garnered several Emmy nominations.

Create Your Own Disney Magnets at Magic Kingdom! 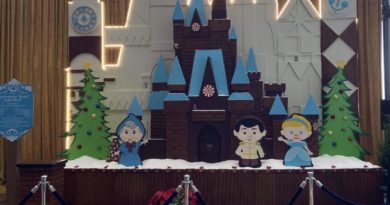 The Gingerbread Display is up at Disney’s Contemporary Resort! #disneyholidays 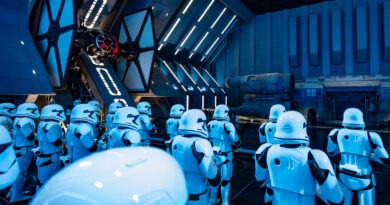 #DisneyMagicMoments: Behind the Camera – Star Wars: Rise of the Resistance at Disney’s Hollywood Studios…From a Certain Point of View