It’s official, two unscripted specials celebrating Harry Potter will be premiering later this year! The news comes from WarnerMedia Kids & Family, who announced that the specials would mark the 20th anniversary of the Harry Potter and the Sorcerer’s Stone film later this year.

One of the specials is set to be a limited Harry Potter fan quiz competition series. The other is a dedicated retrospective special. Both were designed to help find “some of the biggest self-proclaimed fans” to celebrate and test their knowledge of the beloved Harry Potter franchise.

The limited series will be four one-hour quiz challenges followed by the film retrospective–all of which, are set to premiere on HBO Max, Cartoon Network, and TBS in the U.S. later this year.

If you think you’re the biggest Harry Potter fan who should be taking part in this special series, casting is now underway! You can visit the Wizarding World website to learn more. Even if you’re not cast on the show you can still take part in a play-at-home component that allows fans to partake in the game from home.

Per the press release, “these new specials will continue the whimsical spirit of the Wizarding World and feature hundreds of trivia questions and special guest surprises to discover which fans know the vast, intricately detailed universe like the back of their hand.”

“To celebrate the dedicated fans old and new who have passionately kept the Wizarding World magic alive in so many forms for decades, these exciting specials will celebrate their Harry Potter fandom in a must-see multiplatform TV event,” said Tom Ascheim, President, Warner Bros. Global Kids, Young Adults and Classics in a press release. “All Potter fans can gear up for this ultimate one-of-a-kind celebration by embracing their inner Hermione Granger and studying their Wizarding World knowledge. For fans who have always wanted to discover what it might be like to take the O.W.L. exams, this is as close as they are going to get!”

Are you going to try to take part in this special series? Let us know in the comments! 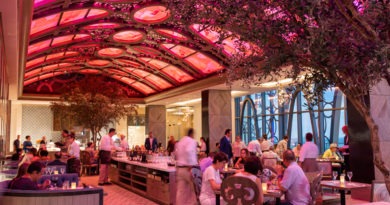