Behold, Tom Hiddleston takes center stage on the latest cover for EW! He breaks down his last decade as the God of Mischief Loki in the Marvel Cinematic Universe, and what you can expect from his upcoming Marvel Studios Original Series Loki, premiere on Disney+ on June 9.

Hiddleston made his debut in the MCU back in 2011 with the release of Marvel Studios’ Thor as the God of Thunder’s mischievous trickster brother, and he’s been burdened with glorious purpose ever since then.

Speaking on his decade with Loki, Hiddleston revealed to EW, “”Rather than ownership, it’s a sense of responsibility I feel to give my best every time and do the best I can because I feel so grateful to be a part of what Marvel Studios has created. I just want to make sure I’ve honored that responsibility with the best that I can give and the most care and thought and energy.”

After appearing in six MCU films, Hiddleston will be headlining his own original series, the third for Disney+, following WandaVision and The Falcon and The Winter Soldier. Loki features the God of Mischief as he steps out of his brother Thor’s shadow in a new time-bending series that takes place after the events of Avengers: Endgame. Hiddleston is joined by Owen Wilson, Gugu Mbatha-Raw, Sophia Di Martino, Wunmi Mosaku and Richard E. Grant. Kate Herron directs Loki, and Michael Waldron is head writer.

On the premise of the series, Waldron told EW, “I wanted to explore slightly more complex character questions. It’s not just good versus bad. Is anybody all good? Is anybody all bad? What makes a hero, a hero? A villain, a villain?”

As explained to EW, “the Loki we meet on the show is not the one who fought the Avengers in 2012 and evolved into an antihero in Thor: The Dark World and Thor: Ragnarok before meeting his demise at the hands of the mad titan Thanos in 2018’s Avengers: Infinity War. Instead, we’ll be following a Loki from a branched timeline (a variant, if you will) after he stole the Tesseract following his thwarted New York invasion and escaped S.H.I.E.L.D. custody during the time heist featured in Avengers: Endgame. In other words, this Loki hasn’t gone through any sort of redemption arc. He’s still the charming yet petulant god who firmly believes he’s destined to rule and has never gotten his due.”

Marvel Studios president Kevin Feige shared why it was Loki’s time to have his own series, “He’s been around for thousands of years. He had all sorts of adventures. Wanting to fill in the blanks and see much more of Loki’s story [was] the initial desire.”

On his interest in pursuing this project, Hiddleston revealed, “One of the things Kevin Feige led on was, ‘I think we should find a way of exploring the parts of Loki that are independent of his relationship with Thor,’ or see him in a duality or in relationship with others, which I thought was very exciting. So the Odinson saga, that trilogy of films, still has its integrity, and we don’t have to reopen it and retell it.”

“I love this idea [of] Loki’s chaotic energy somehow being something we need. Even though, for all sorts of reasons, you don’t know whether you can trust him. You don’t know whether he’s going to betray you. You don’t why he’s doing what he’s doing,” continued Hiddleston to EW. “If he’s shapeshifting so often, does he even know who he is? And is he even interested in understanding who he is? Underneath all those masks, underneath the charm and the wit, which is kind of a defense anyway, does Loki have an authentic self? Is he introspective enough or brave enough to find out? I think all of those ideas are all in the series — ideas about identity, ideas about self-knowledge, self-acceptance, and the difficulty of it.”

As for spending over a decade with the trickster god, Hiddleston stated, “I’ve been playing this character for 11 years, which is the first time I have said that sentence, I realize, and it [blows] my mind. I don’t know what percentage that is exactly of my 40 years of being alive, but it’s substantial.”

To hear more from Tom Hiddleston’s interview, including his original pursuit for the role of Thor, his love for the character Loki, exploring the character as a full antagonist, and a glimpse into the upcoming Disney+ series, head over to EW! 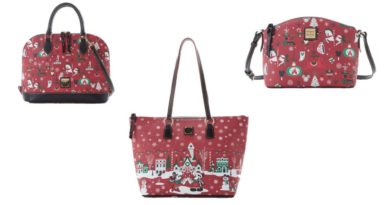 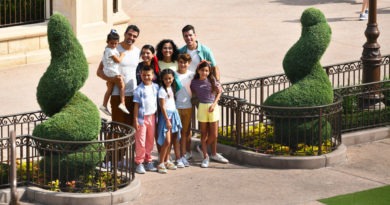 Throw It Back to the ’70s with New Wear It Proud Collection, Available Now at Disney Parks and Online at shopDisney.com