Have you seen Disney’s “Cruella” yet? We have and loved it! You may have noticed differences in the classic character, and Delish asked star Emma Stone about one of them!

As any fan of 101 Dalmatians is well aware, there are several things that make Cruella de Vil iconic: her black-and-white hair, her personal style, and her signature cigarette holder—complete with a swirl of toxic yellow smoke. But fans were quick to notice that the accessory was missing from Disney’s new villain origin story, Cruella, and Emma Stone went ahead and explained why.

“That is not allowed in 2021,” she told New York Times. “We are not allowed to smoke onscreen in a Disney film. It was difficult to not have that cigarette holder…I was so excited to have that green plume of smoke in there, but it was not possible.”

She added, “I don’t want to promote smoking, but I’m also not trying to promote skinning puppies.”

According to Just Jared, Disney banned smoking in its films around 2007, and the ban now encompasses Lucasfilm, Marvel, and Pixar.

P.S. Emma also noted in the interview that “We don’t quite get to a place where this woman is skinning puppies, but there is an exploration of what it means to be ‘bad’ and what the difference is between that and being rebellious and thinking differently than everyone around you.” 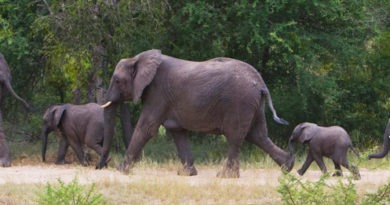