Marvel Studios has yet to reveal much information about the film company’s upcoming web-slinging adventure “Spider-Man: No Way Home.” However, we may have gotten a possible plot point from the film thanks to an accidentally released tweet by Sony Pictures Argentina–the fact that the movie may include a major glitch in the multiverse!

The tweet, which has been captured and tweeted again by @spideysnews, can be seen below. The video, which also reveals the film’s Spanish title (Spider-Man: Sin Camino A Casa – which loosely translates to “Spider-Man: Without A Road Home”). The very end of the video features a “glitch effect in the title logo with a familiar coloring for the words “Marvel Studios” and “Spider-Man.” Both of these words glitch into a new color that is similar to a deep crimson red.

Sony Pictures Argentina tweeted (then deleted) a new glitching logo animation for #SpiderManNoWayHome, now with an all red version of the logo!

We’ve guessed this could be a nod to similar effects in INTO THE SPIDER-VERSE, as well as WandaVision.

As mentioned in the Tweet above, this coloring is similar to the effects in “Spider-Man: Into The Spider-Verse” as well as the Disney+ series “WandaVision.”

Naturally, all of Twitter lit up when this video was accidentally released. It also spawned many tweets by fans speculating what the “glitching” could be–most of which, are similar to @Spideysnews thoughts.

The glitch was a colour change to Red. I sense Dr. Strange or Wanda. pic.twitter.com/dYzLNHc8IC

Know who else is red? pic.twitter.com/UF8wYIj5EU

At this time, all that is known about the third sequel film is that it will see the addition of new characters to the web-slinging franchise. This includes appearances by Doctor Strange (Benedict Cumberbatch), previously seen in the MCU as Doctor Strange, and Max Dillon/Electro, which will be played by Jamie Foxx.

Similar to the past two films, the movie will see the return of MJ, played by Zendaya and May Parker, played by Marisa Tomei. Other confirmed returning cast members include Jacob Batalon, who plays Ned Leeds and Tony Revelori, who plays Flash Thompson.

What are your thoughts on this accidentally released tweet? Let us know in the comments! 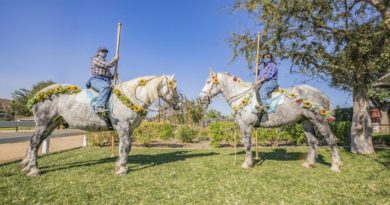