Universal Orlando Resort parks are no longer limiting capacity as they welcome in big crowds as a result of the pent-up demand.

NBC Universal CEO Jeff Shell said during a conference call Monday morning that 11 million people have visited since the parks reopened in June 2020 following a monthslong closure to stop the spread of COVID-19.

“I’m very proud of how we’ve been able to keep ourselves open with that 11 million people, as of last month, kind of go through the parks. As we reopen, we haven’t had any outbreaks,” Shell said.

Shell said international visitors have been virtually nonexistent and even though that group of tourists normally makes up 20% to 30% of attendance, the parks are still seeing as many guests as they did before the pandemic.

“So people are are not only coming back to our theme park and enjoying the experience out of their house but they’re buying stuff. They’re buying Harry Potter wands and all sorts of things, so very pleased with how the theme park in Orlando is doing … and you know, we really have no capacity constraints there anymore and so the summer is looking pretty, pretty strong,” Shell said.

He said that’s due to the pent-up demand and the fact that new attractions, such as Velocicoaster, have continued to open in the past year. 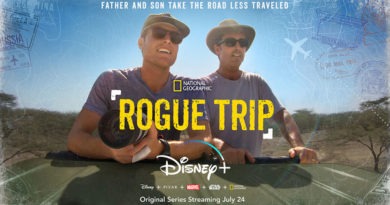 Together, Let’s Make Your Next Disney Day Incredible