In the months since Disneyland announced it is sunsetting its annual pass program, frequent park guests have fretted about the loss. Now we know what’s next: a membership program.

More specifically, in regard to replacing the annual pass program, Disneyland President Ken Potrock recently told the official D23 Inside Disney podcast that the park would “clearly be launching something by the end of the year.”

Potrock indicated that the new membership program will be heavily informed by guest demand and experience. To that end, he said park officials were parsing results from research conducted earlier this year.

That jives with D’Amaro’s comment to the L.A. Times that the new program “will reflect the behavior of our superfans.”

Anyone who drives the streets of Southern California can confirm the popularity of the annual pass program, as attested to by the proliferation of window stickers bearing the letters “A.P.” and a pair of mouse ears.

The bright side of the yearlong closure of park is that executives have been able to reimagine the park not according to past experience but, according to Potrock, with a vision to what guests will want going forward. The reimagining of the annual pass program is part of that.

Going forward, Disneyland will continue to use virtual queuing, which it has employed since reopening on April 30 to relieve bottlenecks, specifically around popular new attractions Web Slingers and Rise of the Resistance.

The Anaheim park, which reopened on April 30, has been reopening in stages, in what executives call “a smart and thoughtful way.” Part of that is bringing some attractions back online sooner than others to help managing crowding.

For example, the Monorail and the Finding Nemo Submarine Voyage are still closed. According to the L.A. Times piece, Disneyland’s Buzz Lightyear Astro Blasters and Storybook Land Canal Boats are set to reopen next week.

The park’s popular nighttime fireworks shows will return in time for July 4, according to a post on the official Disney Parks blog this week.

The park’s popular nighttime fireworks shows will return in time for July 4, according to a post on the official Disney Parks blog this week.

Along with those fireworks, “Mickey’s Mix Magic” will be presented nightly throughout the summer. Through projections, show lighting and lasers it will transform Main Street, U.S.A., Sleeping Beauty Castle and the façade of “it’s a small world” family dance party.

Potrock announced on Instagram this week that the Disneyland Band will return Friday. 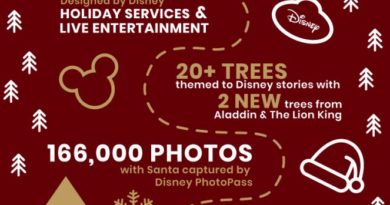 “Happily Ever After” Christmas Lights Display!

Seven Experiences that Every Young Adult Will Love inside Star Wars: Galaxy’s Edge