When Disney announced that they would be bringing back the Hocus Pocus Sanderson sisters for a sequel it instantly became one Disney+’s most anticipated future titles. For almost three decades, fans of the original movie have been dying to see Bette Midler, Sarah Jessica Parker and Kathy Najimy reprise their roles as the three witches intent on gaining immortality at any cost. Now it looks like some details are starting to emerge about what we can expect from the belated sequel in terms of the story.

As with many sequels, there is a sense of familiarity about the plot details of Hocus Pocus 2 reported by The Illuminerdi. New lead character is reported to be a high school girl called Becca, who is a loner with very few friends and a stepmother she really doesn’t get along with. Doesn’t sound familiar at all. The girl who is practicing to be a witch purchases a dark flame candle from a magic shop which has been set up inside the Sanderson’s abandoned cottage. Aided by Izzy, another classmate, the pair manage to resurrect the Sanderson Sisters on their beloved Halloween night, which sees them attempt to gain the youth and immortality that was snatched from them at the end of the original movie.

The report went on to say that also along for this replay of the events of Hocus Pocus are the owner of the magic shop, called Giles – which would surely be some kind of name check of Anthony Head’s Giles from Buffy – another classmate by the name of Sam, who happens to be a practicing magician and Becca’s step-mother Luann. The final piece of character information is that a third girl called Cassie will be part of the trio responsible for summoning up the Sanderson sisters, and is a popular girl/school bully/daughter of the local Mayor type that seems an essential part of any movie involving high school kids.

While it was confirmed by Bette Midler that she will be reprising her role, along with Parker and Njimny, there has been no word on whether Thora Birch, who appeared in the original movie at the age of eight, will be back, although her character, Dani Dennison, is said to have a cameo in Hocus Pocus 2 as the school principal. Birch fueled speculation over her involvement in the sequel when she made a twitter post back in May that included a clip of the original movie and the comment, “2022 will be Mah-velous!”

I’m so excited for this movie! What about you? 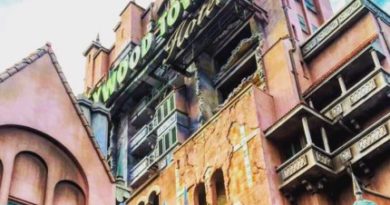 Grad Events to Return at Universal Orlando Resort in 2022

#DisneyMagicMoments: Find Your Zen with Peaceful Scenes at Aulani Resort