Disneyland Paris will begin charging guests for access to quicker queues as part of its new Disney Premier Access. The new service, which is similar to Disneyland’s temporarily suspended MaxPass, makes us wonder if Walt Disney World might be following with a similar model in the future?

Disney Premier Access debuted this week and operates on a pay-per-ride basis. Essentially, upon entering into one of the two French parks, guests are able to open the Disneyland Paris Experience App and see what queues are available for purchase. At this time, it seems the cost per expedited queue would range between $9 and $18 per person. At the time of purchase, guests would be able to choose from available times to return at prior to purchasing the pass. Upon completing the experience, guests are then able to make another premium reservation.

Again, it’s worth noting that this system charges per queue, which is unlike Disneyland’s MaxPass offering. When MaxPass was available, guests were able to pay $20 for the day, and gain access to FastPass times at both of the Disneyland Resort parks. Additionally, the purchase of this benefit also included PhotoPass Downloads from all the attractions you and your party would visit on that same day.

At this time, it’s not known if MaxPass will be returning to Disneyland as it’s been suspended indefinitely since the park’s reopening following the COVID-19 pandemic. Per the Disneyland website:

“Note: As a result of the impact of COVID-19 on operations, FASTPASS and Disney MaxPass services are suspended for the time being and are not available for purchase or use. We will share future updates at a later date.”

It’s also true that FastPass at the Walt Disney World Resort theme parks has also been suspended indefinitley following their reopening last year. It’s also worth mentioning that it’s not known if this service will actually come back to Walt Disney World in the manner it had before, free to all guests.

If Disneyland Paris is going this route and Disneyland Resort is already following a similar model, we can’t help but wonder if Walt Disney World might change up their FastPass game when it eventually returns to the resort?

What are your thoughts on Disneyland’s new Premiere Access service? Let us know in the comments! 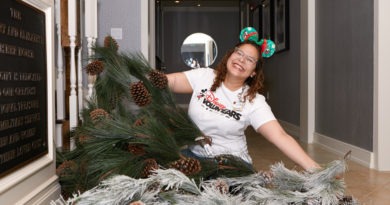 #FeelGoodFriday: Decking the Halls for Veteran Families this Veterans Day﻿ 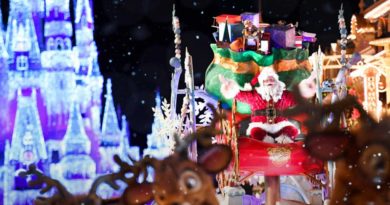