From the Disney Parks Blog and written by: mkilwein

Today I’m excited to share the official trailer for “Behind the Attraction,” the new 10-part series giving you an exclusive peek behind the curtain of the most beloved attractions and destinations at Disney Parks and Resorts around the world, from Jungle Cruise to “it’s a small world” to the Haunted Mansion to Star Wars: Galaxy’s Edge.

The series delves into Disney Parks’ rich, amazing history using archival and never-before-seen footage and photographs to unveil how the attractions came to be and how they’ve been refined over the years as new ideas surface and technology evolves. “Behind the Attraction” begins streaming on Wednesday, July 21, on Disney+ with five episodes at launch and five additional episodes coming later this year. 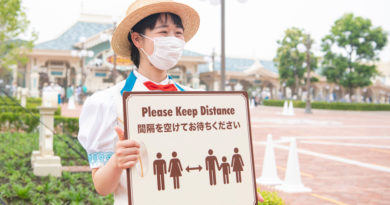 Disneyland Resort and Avanza Share ‘Y’ They Serve the Community Together