I found this fun article on Entertainment Tonight in honor of Alice in Wonderland turning 70 yesterday, and wanted to share it with you. Enjoy!

The animated classic Alice in Wonderland premiered 70 years ago and kicked off an enduring cultural obsession with Lewis Carroll’s beloved tales, due in part to the memorable imagery and performances that came out of Walt Disney’s adaptation.

ET spoke with Kathryn Beaumont, the voice behind Alice, who opened up about her journey into the real-life wonderland that was Disney’s golden era of animation. At the time of this retrospective interview, Beaumont had long since retired from Hollywood and was 25 years into a teaching career, but she held onto incredible behind-the-scenes memories nearly four decades after tumbling down the rabbit hole.

Like many stories, Beaumont’s started with the man himself, Walt Disney, who selected the young English actress to become the iconic literary character. Throughout the production, she witnessed firsthand Disney’s trademark of being a hands-on leader with every project from the House of Mouse.

“Usually, the head of the studio is rather remote and you don’t get to see them too often,” Beaumont told ET in 1989. “Mr. Disney was very accessible and he was very interested in everything that was going on with the work.”

At that time, Beaumont had done some acting while under contract with MGM Studios, but she was just one of many hopefuls who auditioned for the sought-after role.

“[Disney] was looking for a voice that would be pleasing to both American and British audiences,” Beaumont recalled. “And [the book] being a classic, he did want to have someone who was British. He found that my voice was the most suitable, so I was chosen to do Alice and it was just a wonderful experience working at [Walt Disney Studios] at that time.” (Following Alice, Disney immediately cast her as Wendy in 1953’s Peter Pan.)

In addition to giving Alice a voice, Beaumont was tasked with serving as the live-action model. The formerly common practice was implemented by Disney’s animation team for decades (and was still being utilized all the way to 1997’s Hercules). The process worked like this: real performers would be filmed acting out scenes from the yet-to-be-drawn movie — and the animators would then use that footage as a visual reference while they worked to bring those moments to life. “[The process was] like making a second movie,” Beaumont said.

The technique provided some much-needed guidance for Disney’s legendary department amid the already time-consuming animation process. In particular, sequences with complicated motions that were challenging to translate into 2D. For the most part, Beaumont remembered the bare-bones approach of performing with just a handful of props as cameras rolled. “And then from there you just use your imagination on, basically, an empty stage,” she explained.

The production of these “second movies” increased for Alice in Wonderland’s most surrealistic sequences. One of the film’s earliest scenes required such additional assistance. After shrinking down to mere inches in height, Alice falls into a bottle and floats across a sea of her own tears. As Beaumont recalled, “[For the bottle], they created a very large plastic jar that I had to be lifted into.” To mimic this visual in the real world, Beaumont’s plastic enclosure was then placed atop a wooden sphere that could simulate the motions of Alice’s peril.

These moments on the job would become some of Beaumont’s favorite memories. “A lot of those experiences are very vivid in my mind,” she said.

It’s difficult to imagine another story that’s referenced or alluded to more across pop culture than Alice in Wonderland. In examples like The Matrix, where Keanu Reeves’ call to adventure arrives in the form of a white rabbit tattoo, images from the story are universal signals to the audience that our protagonist is about to go for a ride. (Of course, Laurence Fishburne later name checks Alice directly, lest there be any confusion about the Wachowskis’ affinity for this allegory.)

To Beaumont, as both an educator and perhaps one of the foremost leading authorities on the character, this young heroine, at the end of the day, was just someone trying to figure out the world.

“[Alice] was a very analytical little girl,” Beaumont observed. “She picked up lots and lots of things that adults said. And as a child, she would tend to confuse them.”

“And then [she used] them for her sort of philosophy, while she was working out things in her head,” she continued. “Which I think is very typical of children.”

Kids and adults. Young and old. Cheshire Cat’s and Mad Hatter’s. Beaumont recognized the movie’s unique ability to connect with people and not just once — and not only limited to a single a-ha moment. At one point, Alice remarks: “I’ve changed so many times since this morning.” It’s become a relatable observation for audiences.

“You get so much from the story at one stage in your life and then you pick other things up each time you see it or as you mature,” Beaumont said. “You just see different things in them.”

Since Alice in Wonderland’s debut in 1951, Beaumont’s performance hasn’t just lived on within the movie. Disney classics are rarely contained to one medium — let alone a single era. Theme park attractions. Merchandise. TV shows. Imaginative cinematic continuations. Even video games (Beaumont later reprised the role for Kingdom Hearts). In 2019, Tom Hanks touched upon the immortal legacy that voicing a Disney character offers. “My daughter, who’s in her thirties, burst into tears because she realized that some version of her dad is going to be at Disneyland for the rest of eternity,” Hanks said. “You don’t discount that. That’s a powerful thing.”

In 1989, the era of the “Disney Vault” and years before Disney+, Beaumont was cherishing any moment when Alice returned to the spotlight. These limited windows, whether it was a home video release or theatrical re-release, turned into passionate celebrations of Disney’s library of animated classics, especially for those fortunate enough to experience the magic both on screen and behind the scenes.

“These stories do come back every so many years and it does give you a wonderful feeling of nostalgia,” Beaumont said. “And each time the film comes out, it just renews that wonderful memory again.”

Alice in Wonderland (1951) is streaming on Disney+. 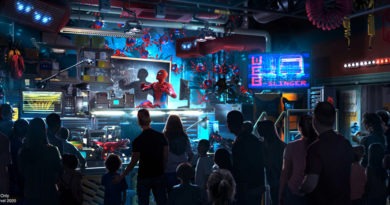 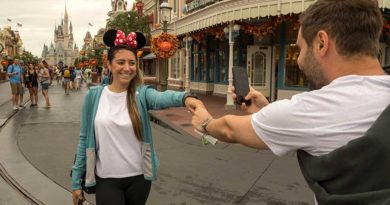 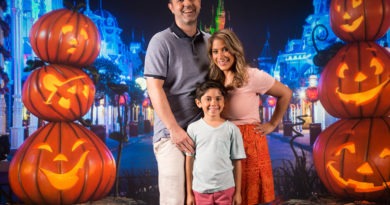