As we recently shared, Scarlett Johansson has taken legal action against the big mouse following the simultaneous release of her hit Marvel Studios film Black Widow in theaters and on the company’s streaming service Disney+, which the star has pointed out has pulled away millions of fans from theaters and millions of dollars she could have made as part of her deal with the company. Disney is defending its decision due to the COVID pandemic. However, some are saying that won’t be enough in court.

According to Johansson’s lawsuit filed against Disney, her pay was supposed to be based on box-office receipts. In a world prior to COVID, when the contract was first drawn, it was also promised that the film would see a “theatrical release,” which Johansson says meant released exclusive to movie theaters and nowhere else. Of course, as we all know, that isn’t what happened.

Johansson claims Disney knew about these promises and still released the film on Disney+ anyway–where the film grossed more than $60 million in its first weekend alone.

In response to the star, Disney is saying Johansson was endangering people who wanted to avoid catching COVID by watching the movie at home. “There is no merit whatsoever to this filing,” Disney said in a statement. “The lawsuit is especially sad and distressing in its callous disregard for the horrific and prolonged global effects of the Covid-19 pandemic.” Disney then made sure to refer to “the $20 million she [Johansson] has received to date.”

Although, it can still be said that a contract is a contract and even though the star received the $20 million she was also entitled to more wages that were lost when the company released the film online. Additionally, it’s worth noting that the company did not offer the star any portion of these profits it acquired through its streaming service.

Courts have held that the Covid-19 pandemic “does not conclusively establish the defense of impossibility … particularly given the overlapping and sometimes contradictory state and local regulations, and evolving standards, for dealing with the virus.”

In other words, it means she has a case as the film technically could have only been released in theaters. Of course, it’s not to say it wasn’t riskier for those who were susceptible to catching the virus by seeing the film in theaters.

What are your thoughts on Johansson’s point of view in her case against Disney? Let us know in the comments! 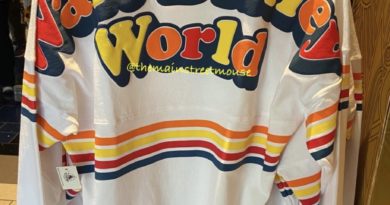 Marshmallows: Better for Taste or Aesthetic?

New Details Revealed for Star Wars: Rise of the Resistance