IN SELECT THEATERS ON FRIDAY, SEPTEMBER 3

Starting today, fans can purchase movie tickets to Marvel Studios’ “Shang-Chi and The Legend of The Ten Rings” to be among the first to watch the film in select theaters on Friday, September 3. Additionally, a brand-new, action-packed TV spot for the movie and an exciting movie clip are now available.

Fans can purchase advance theater tickets through Fandango to see the movie on the big screen in select cinemas.

Marvel Studios’ “Shang-Chi and The Legend of The Ten Rings” stars Simu Liu as Shang-Chi, who must confront the past he thought he left behind when he is drawn into the web of the mysterious Ten Rings organization.

“Shang-Chi and The Legend of The Ten Rings” opens in theaters on September 3, 2021. 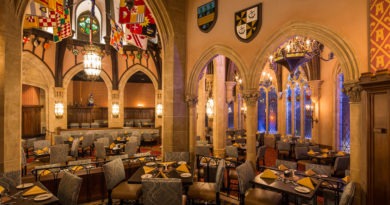 For the Love of Epcot…