Here’s the first blog of the series that we did awhile back.  Tell us your experiences and things you have overheard too. Enjoy!

Disney Parks are so busy all the time lately, the “down” times when the parks used to be less crowded seem like they’re going away. I’m not sure what the capacity is, but it’s been packed! Busy parks means longer lines for attractions.  While standing in these lines, we start to get to know our “neighbors” and hear various conversations being had by other guests waiting their turn. Even if you don’t mean to be nosy, you still hear what other people are talking about, and frankly, sometimes it’s funny! So, I thought it would be amusing to write down some of my favorite things overheard by other guests while standing in attraction lines…. here we go!

“This place (MK) would be great for Marlene’s engagement party. Too bad she doesn’t deserve it.” Sour grapes maybe? Poor Maureen!

“I think there’s enough chlorine in the pools so that if kids potty in it, it doesn’t matter.” That one was just gross, no words.

“Wow, you would look so different with straight teeth.” I wasn’t sure where that girl was going with that one, but her friend gave her the stink eye.

“Mommy, when Ariel loses her fins and gets legs, does everyone see her butt?” Just hysterical, and a good question too.

“Now, once the fireworks start, all you adults are going to move so the kids can get up front right?” This lady approached a photography group who had tri-pods set up for two hours in a secluded spot to get pictures. There was room for all, but she didn’t care. The photo crew said, “well, no, we’re not moving the tripods but the kids are welcome to share the space.” She replied “too bad you didn’t get to enjoy Disney Magic as a kid.” Wow. Have a Magical Day!

“I hear you can get some great Margaritas back near Dumbo in Fantasyland.” Really, where?

“My favorite country at World Showcase is Australia.” I must have missed that one on the map. Maybe that’s where Cookie Monster is hiding out.

“I paid too much money for this vacation, and you kids would rather play video games in the room than have fun at the “bleeping” Happiest Place on Earth!” Even thought WDW is considered the most magical place on earth, I felt sorry for this lady. She was at her wits end, it happens.

“The Cast Members give out free gifts to certain people at the end of the night.” I’ve never gotten anything, must not have been chosen yet!

In addition to people watching, being mindful of what’s being talked about around you can be just as entertaining. Sure, we’d never put our own two cents into the equation, but it’s interesting to hear what others have to say in their own circles. Have you ever heard some funny conversations at Disney? I’ll keep my ears open for more, I hope you enjoyed this and at least got a laugh! ~M

#DisneyParksLIVE: Watch the First ‘A Frozen Holiday Wish’ Castle Lighting of the Season on Nov. 3 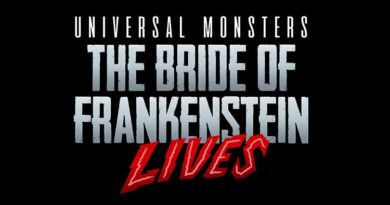