Everyone’s favorite cult classic film is finally getting its very own board game! Funko Games announced the company has created a board game based on Tim Burton’s The Nightmare Before Christmas and we’ve already pre-ordered it.

Upon release, the game (Tim Burton’s The Nightmare Before Christmas: Making Christmas Card Game) will pit players in a race to complete the most toys during Halloweentown’s takeover of Christmas. Each player will have their own goal cards with gifts they want to assemble, and players collect parts from a shared workbench. The player who assembles the most gifts wins the game.

Included with the game are 4 workbench tiles, 40 toy part cards, and 20 goal cards. According to Comicbook.com, the game is one of several Christmas-themed Disney games being published by Funko Games in the coming months. Funko Games will also be producing holiday-themed games based on Jingle All the Way, Chip ‘n’ Dale, and Disney Princesses.

Tim Burton’s The Nightmare Before Christmas: Making Christmas Card Game can be played with 2 to 6 players and is designed for those aged 6 and up. The retail price of the game is $6.99. The game is expected to arrive in September 2021.

Currently, the game is only avaible for pre-order and can be found at the following online shopping retailers: Amazon, GameStop, Big Bad Toy Store, Pop in a Box US.

The game can be purchased on shopDisney for $39.95. Click here to purchase.

Will you be getting this all-new board game for your and your loved ones this holiday season? Let us know in the comments! 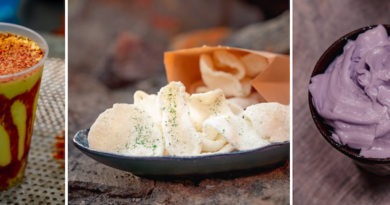 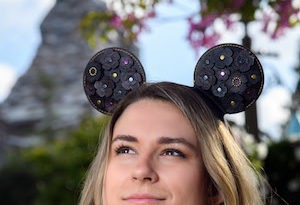 #FeelGoodFriday: A Magical Proposal on the Savanna at Disney’s Animal Kingdom