As we recently shared, Scarlett Johansson is currently suing The Walt Disney Company over lost wages she says didn’t receive due to the blockbuster Marvel film Black Widow having a simultaneous theater and on-demand release on Disney+. Now, it seems a task force that seeks proper royalty payments for writers of licensed material across comics and books like Alien, Star Wars, and Buffy the Vampire Slayer, prior to Disney’s Acquisition, are standing behind the action star.

According to a new report by Gizmodo, the group, which works with the Science Fiction and Fantasy Writers of America and other writing guilds, formed the “Disney Must Pay Task Force.” The group came about due to a public disagreement between the studio and Star Wars and Alien tie-in novelist Alan Dean Foster over Disney holding back on royalty payments. In defense of Johansson, the organization is calling for Disney “to respect the Marvel star’s professional and artistic work on the film Black Widow,” as stated in a statement by the group.

“The first way to respect Ms. Johansson is to pay her properly and not use unethical contractual maneuvers to avoid payment. This is not the first time the Task Force has seen Disney attempt such twisting of contractual language,” the statement continues.

The Disney Must Pay Task Force isn’t only working for writers who have been shorted by the company. The organization is also looking to stand up for actors, illustrators, and other artists. In the same statement by the task force, they also write: “Disney has a pattern of behavior that forces creators to jump through unnecessary and tedious hoops to receive their agreed-upon payments. They continue finding new ways to avoid paying people for their creativity and honoring their contracts. Disney must pay all creators for their work, and the #DisneyMustPay Joint Task Force is leading the way to make sure that happens.”

What are your thoughts on Disney VS Scarlett Johansson? Let us know in the comments! 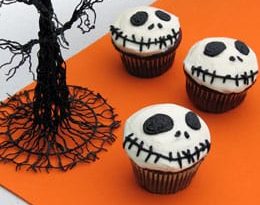 A Figment Movie is in the Works from Seth Rogen