The flag retreat ceremony at Disney Parks is a tradition that dates back to the founding of the company. Held at both Walt Disney World Resort in Lake Buena Vista, Florida and Disneyland Resort in Anaheim, California, these commemorative rituals give Disney the opportunity to offer sincere gratitude to those who serve and defend our nation. Yesterday, Magic Kingdom Park security and entertainment cast had the privilege of honoring our newest Disney Magic Maker, Rob Vickers, with this special tribute. 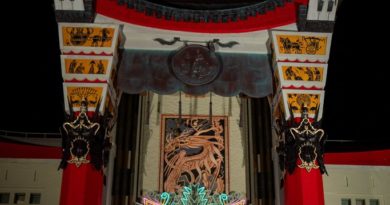 Ring In The New Year With Our Disney Fireworks-Inspired Wallpaper