One actor from the Star Wars Obi-Wan Kenobi series has revealed that his character has a lightsaber. Not a ton is known about the upcoming Disney+ show. But Sung Kang sat down with ScreenRant to talk about what he’s going to do in Obi-Wan. He’s hot off the heels of F9 as a triumphant Han drifted back into the frame after a long absence from that franchise. But, now, he’s heading to a galaxy far, far away with his lightsaber in hand. Obviously, he can’t give away too much of the plot. But, he did tell a warm, funny story about how this journey has affected him. Like most Star Wars fans, Halloween added an opportunity to live out those dreams with the signature weapon in hand. It feels like this would be a chance of a lifetime for most fans and Kang is taking full advantage of this opportunity. His favorite holiday was Halloween growing up, and on the set of one of these projects, that’s every day now.

“I used to dress up in the cheap K-mart plastic Halloween costumes, Luke Skywalker and Darth Vader, almost every single day from 8 to 13 years old,” he explained. “My friends and I would play pretend, we would make our own lightsabers out of toilet paper centers and stuff like that and paper towel cardboard, and to be able to be on set and see Darth Vader and see the Star Wars Universe in front of me, I mean — just as a fan to be able to be part of that history is pretty amazing. I kept pinching myself to go, ‘How did I end up here?’ and, my character has a lightsaber, to go, ‘What? This is.. It’s not a toy. It’s actually the real thing, right?’ so pretty cool.”

In some previous comments to Collider, Star Wars actor Liam Neeson confessed that keeping all these different spinoffs straight can be a bit rough.

“I remember being in Belfast, in the theater, having a day off and going to see it, the first one, I think it was Episode IV, I believe, with Harrison [Ford] and Mark [Hamill] and Carrie [Fisher], of course, and uh, in this packed Belfast cinema, all ages, kids, old people … and seeing this extraordinary film set in outer space, set in different places and stuff — it was just totally unique and incredibly entertaining. Never once did I think I might be a part of it somewhere down the line. But it’s still going strong. There are all these spinoffs, and I’m not surprised there’s a spinoff of Obi-Wan, and the nuance there — I look forward to seeing it, very much,” Neeson added. 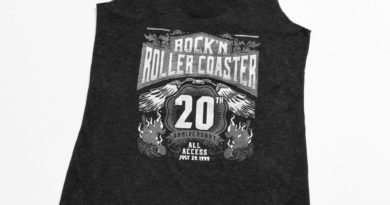 Meet a Cast Member Behind Holiday Decor at Disneyland Resort

Add Some Magic to Your Waffles With This Mickey Mouse Waffle Maker!