Fall is my favorite season! Living in Maryland the fall season meant cooler weather, hayrides, bonfires, and of course haunted houses. I grew up going to haunted houses-it was a weekend event. In fact, for three seasons, I was an actor in one of our local haunts. This year I decided to check out Halloween Horror nights for the first time.

-SCarey in the Heartlands, The Wicked Growth, Case Files Unearthed, Revenge of the Tooth Fairy, Texas Chainsaw Massacre, BeetleJuice, The Haunting of Hill House, Puppet Theatre, HHN Icons and The Bride of Frankenstien.

My favorite was the Revenge of the Tooth Fairy. I loved the concept and the theme. It is a dark twist on a simple childhood tradition. My least favorite was “SCarey in the Heartlands” I really did not understand the theme or what was going on. It should be noted that in the houses the actors are pretty much masked and behind plexiglass. I thought the plexiglass would take away from the scares however it added to them. Sometimes there would be an actor and other times nothing. When they suddenly appeared out of the darkness it was startling.

*Marathon of Mayhem: Carnage Factory- located on the lagoon the best viewing for this is the Central Park area. If you are a Disney person, think of Fantasmic or World of Color but on steroids. I loved it.

*Halloween Nightmare Fuel- an acrobatic stage show, with lots of fire, pyro and aerial performers. Be warned though the show is highly suggestive in nature and may not be a good idea for younger children.

The five scare zones are: 30 years/30 Fears, Seek & Destroy, Crypt TV, Gorewood Forest, and Eddie’s Revenge. The last zone was my favorite. It was very entertaining an interactive. I actually visited it on and off throughout the night.

Finally, there is shopping including the HHN Tribute store, themed food and drinks throughout the park and five rides that run continuously. On the night I went we arrived (4pm) early and loaded into a “Stay and Scream” Area for passholders with a ticket. Getting there early was a great idea. We managed to do all of the houses, scare zones and shows by 1am.

How about you- will you be visiting HHN this year? Let us know your thoughts and scares. 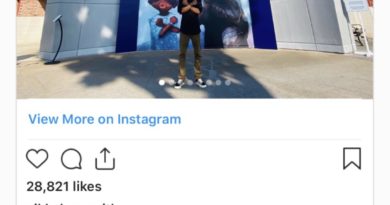 Disney Parks After Dark: Pumpkins Pile Up at Tokyo Disneyland

Go Behind the Scenes on the Music for ‘Epcot Forever’