I’m fully aware of the cult following that the Dole Whip at Disney has. People love that pineapple frozen treat so much, it even has its own merchandise from time to time. But what about the Citrus Swirl, also in Adventureland? Or at least it WAS!

The Citrus Swirl at Sunshine Tree Terrace is my favorite treat at Magic Kingdom. I like it so much better than the Dole Whip! Up until this past weeks 50th Anniversary festivities, I hadn’t been to MK in about a month. I got my usual Citrus Swirl and all was right in my world. On September 30th, I went to get my snack and to my horror (yes I’m being super dramatic) the Cast Member said it was gone! But… I just had one a few weeks ago! The CM told me a LOT of people were unhappy about this, but wait until the next day, as there could be an updated menu for October 1st. Ok, fair enough. So, of course the next day I went to check out the menu and there was still NO Citrus Swirl. Insert gasp here. Why?

Rumor has it that the Citrus Swirl is off the menu for the Walt Disney World 50th Anniversary celebration. That’s 18 months! Rumor ALSO has it that they may bring it back sooner because of guest complaints. Honestly, I have no idea what’s true or what happened. All I know is that I, like others, am truly hoping this is just a temporary change. Out of despair (being dramatic again), I got the orange cream and vanilla swirl instead and it’s not the same. I tried. The Citrus Swirl has that blend of slushy frozen orange juice, which is perfect on a hot Florida day. In the meantime I guess I’ll be looking for a new fave at Magic Kingdom. Sigh.

Stay tuned, I’ll be watching and hoping that this fan favorite treat will be making a comeback. What about you, are you a Citrus Swirl fan too? 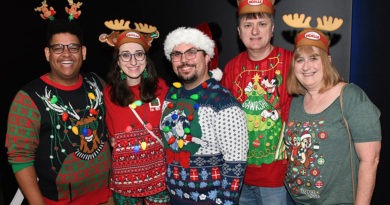