The House Of Mouse Expo is coming up next month, with the highly anticipated Hocus Pocus reunion panel featuring Doug Jones (Billy Butcherson),Jason Marsden (Voice of Thackery Binx), Larry Bagby (Ernie “Ice”), and Tobias Jenlinek (Jay). So what have these actors been up to since the release of this classic Halloween movie? Let’s find out!

Since his role as the spooky yet comical zombie “Billy Butcherson”, Doug has done a plentiful amount of roles for both TV shows and hit movies like The Shape of Water, Star Trek: Discovery, and Men in Black II. He was also in Marvel’s Fantastic 4: Rise of the Silver Surfer as the Silver Surfer himself.  Doug Jones was even in the music video for the hit song “All Star” by Smash Mouth. Doug is such a versatile actor, he’s probably been in more roles than you even realize!

After Jason’s role as lovable “Binx” the cat in Hocus Pocus, he voiced characters such as Max Goof from the Disney classic A Goofy Movie, Kid Flash in DC’s Young Justice, and multiple roles in Disney Channel’s Kim Possible. He has also appeared on iconic 90’s sitcoms Boy Meets World and Full House.  Jason’s resume is quite extensive!

Larry Bagby though well known as “Ice” of the bully duo in Hocus Pocus, has been a part many other projects after the movie including the WWII film Saints and Soldiers, Walk the Line and the supernatural drama Buffy the Vampire Slayer.  Larry is also a Country musician with 5 original albums under his belt and a compilation album that released in 2020.

Following Tobias’s break through role as “Jay” the other half of the bully duo in the movie, he carried on with his acting career later scoring roles in TV shows like Marvel’s Agents of S.H.I.E.L.D., Arrow, This is Us and the record breaking sci-fi horror series, Stranger Things.

You can see all four of these Hocus Pocus favorites in person at the House of Mouse Expo in Kissimmee Florida, November 27 & 28! Get your tickets at www.houseofmouseexpo.com! and join us for a magical weekend! 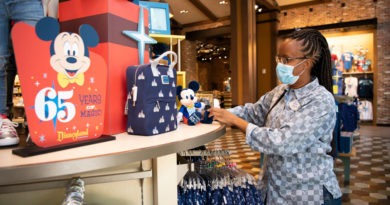