From the Disney Parks Blog and written by: Cayla Ward

Turns out Anthony González has a lot in common with Miguel, the character to whom he lends his voice in Disney and Pixar’s “Coco”! Anthony has grown up quite a bit since the film’s release in 2017, but his love for singing has not changed; and if Miguel taught Anthony anything, it’s to seize his moment! During his family’s visit to Walt Disney World Resort last week, guests were delighted with a surprise performance by Anthony and Mariachi Cobre at EPCOT with beloved songs from the film such as “Un Poco Loco,” “Remember Me,” and “The World es Mi Familia.”

Disney Empowers Girls for the Workforce of their Dreams 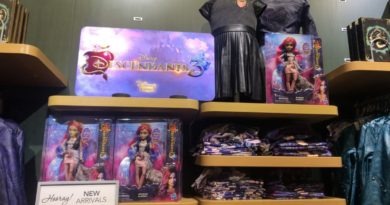