Sign up for the ‘Avatar: The Way of Water’ Opening Night Meet-Up at Disney Springs 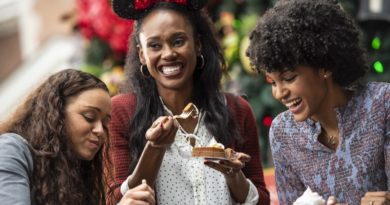 Celebrate the Season with the Taste of EPCOT International Festival of the Holidays Presented by AdventHealth, Nov. 27-Dec. 30, 2020

The Tower of Terror No One Talks About

Bringing Disney Magic to Children’s Hospitals for the Holidays