It’s Disney+ Day, and a lot of new programming has been announced and has hit the streaming service. So much! Here’s what you need to know!

What is Disney+ Day?

Disney+ Day is a global celebration that will come to life across all dimensions of The Walt Disney Company on Friday, November 12. Subscribers to Disney+ will be treated to new content releases across the service’s iconic brands, Disney, Pixar, Marvel, Star Wars, National Geographic, and Star in international markets. In addition to new content releases, Disney+ Day will feature unique fan experi- ences, exclusive offers, and more. Fans can also follow along with @DisneyPlus on Twitter, Facebook, and Instagram on Friday, November 12 at 6:00am PT for an exciting first look at upcoming Disney+ movies and series. The service will also continue to engage new audiences around the world, as Disney+ expands into new Asia-Pacific markets on November 12.

Home Sweet Home Alone: Max Mercer is a mischievous and resourceful young boy who has been left behind while his family is in Japan for the holidays. So when a married couple attempting to retrieve a priceless heirloom set their sights on the Mercer family’s home, it is up to Max to protect it from the trespassers…and he will do whatever it takes to keep them out. Hilarious hijinks of epic proportions ensue, but despite the absolute chaos, Max comes to realize that there really is no place like home sweet home.

The World According to Jeff Goldblum (Season 2, Episodes 1-5): Jeff Goldblum is back to discover the surprising secrets, passionate people and mind-blowing science behind a whole new host of topics.

Olaf Presents: Olaf steps into the spotlight and goes from snowman to showman as he takes on the roles of producer, actor, costumer and set builder for his unique “retelling” of five favorite Disney animated tales in “Olaf Presents,” a series of new animated shorts from Walt Disney Animation Studios. The charismatic and versatile Olaf demonstrates his theatrical flair, taking on such iconic roles as a mermaid, a genie, a lion king (and most of the parts in between), as he entertains Arendelle with his delightful abbreviated versions of these beloved tales.

Disney and Pixar’s Ciao Alberto: With his best friend Luca away at school, Alberto is enjoying his new life in Portorosso working alongside Massimo—the imposing, tattooed, one-armed fisherman of few words—who’s quite possibly the coolest human in the entire world as far as Alberto is concerned. He wants more than anything to impress his mentor, but it’s easier said than done.

Under the Helmet: The Legacy of Boba Fett (Documentary Special): A special celebrating the origins and legacy of Star Wars’ legendary bounty hunter, Boba Fett.

Disney Intertwined (Entrelazados): Allegra dreams of joining the Eleven O’ Clock music hall company, but her mother, Caterina, won’t accept that. Allegra’s life changes drastically when she finds a mysteri- ous bracelet that takes her to 1994, the year Caterina was her age and was starting her career in Eleven O’ Clock while she lived in Coco’s shadow. Cocó is Allegra’s grandmother. Will Allegra be able to change the past?

STAR (INTERNATIONAL)
Dopesick: Dopesick examines how one company triggered the worst drug epidemic in American history and takes viewers to the epicenter of America’s struggle with opioid addiction. Defying all the odds, heroes will emerge in an intense and thrilling ride to take down the craven corporate forces behinds this national crisis and their allies.

LIBRARY
Marvel Studios’ Shang-Chi and The Legend of The Ten Rings: Shang-Chi must face the past he thought he left behind and confront his father, leader of the dangerous Ten Rings organization.

Disney’s Jungle Cruise: Seeking an ancient tree with healing abilities, Dr. Lily Houghton and wisecrack- ing skipper Frank Wolff team up for the adventure-of-a lifetime on Disney’s Jungle Cruise, a rollicking ride down the Amazon. Amidst danger and supernatural forces lurking in the jungle, secrets of the lost tree unfold as their fate—and mankind’s—hangs in the balance.

The Simpsons in Plusaversary: The Simpsons host a Disney+ Day party and everyone is on the list… except Homer. With friends from across the service and music fit for a Disney princess, Plusaversary is Springfield’s event of the year.

Enchanted: A classic Disney fairytale collides with modern-day New York City. In this story, an animat- ed princess is sent into the real world by an evil queen, where she meets a handsome lawyer. Can a storybook view of romance survive in the real world?

Spin: Rhea discovers her passion for creating DJ mixes that blend the rich textures of her South Asian culture and the world around her.

Fancy Nancy (Season 3): Fancy Nancy continues her adventures of friendship and fanciness, and at long last visits her favorite city in the whole world—Paris!

Frozen Fever: It’s Anna’s birthday and Elsa is determined to give her the best party ever, but Elsa’s icy powers may put everything at risk.
Paperman: A young man in an office sees the girl of his dreams in a skyscraper window across the street. But how can he get her attention?

Feast: In a remote bar, a newcomer advises the customers to seal the place up as hungry monsters will soon attack them. The customers must quickly organize a strategy to defend themselves from the deadly creatures.

Get a Horse!: Classic hand-drawn animation and cutting-edge technology collide in this irresistible adventure, featuring Walt Disney himself as the voice of Mickey.

The Little Matchgirl: A poor young girl finds visions of happiness in the fiery flames of the matches that she lights to keep warm, set to the music of Alexander Borodin’s “String Quartet No. 2 in D Major: Third Movement: Notturno (Andante).”

Tick Tock Tale: A quirky mantle clock is the laughing stock of the shop. But when the clock foils a robbery, the unlikely hero proves that even imperfection can lead to something extraordinary.

Tangled Ever After: The Kingdom is in a festive mood as everyone gathers for the royal wedding of Rapunzel  and Flynn. However, when Pascal and Max lose the gold bands, a frenzied search mission begins.

Disney+ Day Limited-Time Offer: To celebrate the first two years of the service and all the new content to come, Disney+ is inviting fans to join the community with a special, limited-time offer. From now until Sunday, November 14, new and eligible returning subscribers in the US and select countries can get one month of Disney+ for $1.99 (then $7.99/mo.) by signing up at www.DisneyPlus.com/DisneyPlusDay and join in on all of the Disney+ Day celebrations.

IMAX: For the first time ever, fans will be able to stream some of their favorite Marvel titles in IMAX’s Expanded Aspect Ratio at home with IMAX Enhanced on Disney+, launching on November 12th as part of Disney’s company-wide Disney+ Day global celebration. The 13 titles available at launch include “Shang-Chi and The Legend of The Ten Rings,” “Iron Man,” “Guardians of the Galaxy,” “Guardians of the Galaxy Vol. 2,” “Captain America: Civil War,” “Doctor Strange,” “Thor: Ragnarok,” “Black Panther,” “Avengers: Infinity War,” “Ant-Man and The Wasp,” “Captain Marvel,” “Avengers: Endgame,” and “Black Widow” (content availability varies by region).

UX Refresh: A refresh to the Disney+ customer interface was also unveiled today, designed to increase the discoverability of content on Disney+. In addition, new immersive visuals on Disney, Pixar, Marvel, Star Wars, and National Geographic content pages were introduced, with iconic and eye-catching designs that best represent the brands and the power of their storytelling.
Disney’s Commitment to Children’s Hospitals: In celebration of Disney+ Day, The Walt Disney Company will build on its commitment to children’s hospitals by expanding access to Disney+ to help ease the fear and anxiety of a hospital visit into over 30 countries worldwide beginning in 2022. In 2018, The Walt Disney Company continued its longstanding support of children’s hospitals and places of care, committing $100M to reimagine the patient journey.

Disney Parks: Disney+ subscribers with a valid ticket or pass and theme park reservations for the day will enjoy special benefits across Disney theme parks.
• Disney+ subscribers are invited with their travel party to enter the theme parks at the Walt Disney World and Disneyland Resorts 30 minutes before regular park open.
• Disney’s Hollywood Studios at Walt Disney World Resort and Disneyland Park will roll out the blue carpet for guests with character moments, photo opportunities and more. Subscribers will also enjoy complimentary Disney PhotoPass photo download(s) taken at select locations.
• Disneyland Paris will also roll out the blue carpet at Walt Disney Studios for guests to celebrate with special character appearances and photo opportunities throughout the day. The park will extend its operating hours by 30 minutes for guests to enjoy as the Tower of Terror illuminates the night in Disney+ blue.

shopDisney: ShopDisney will offer free shipping in the U.S and Europe from November 12 – November 14 for Disney+ subscribers.

NFTs: Disney and VeVe, the largest mobile-first digital collectible platform, have announced a collab- oration to launch a series of NFTs featuring beloved and iconic characters from some of its fan-favor- ite properties.

Funko: Disney will team up with Funko to offer an exclusive 10% off Disney+ products from November 12 to November 14 on Funko.com and in their two retail locations. Customers can use promo code DISNEYPLUSDAY on funko.com, and the discount will be automatically applied at checkout in-store.

Target: Additionally, Disney will team up with Target to host in-store activations on November 12 through November 14 in almost 800 Target stores across the U.S. as part of a joint commitment to create new experiences for guests. Target shoppers will have the ability to sign up for the Disney+ Day offer and receive special giveaways.

AMC: From November 12 through November 14, more than 200 AMC Theatres will celebrate Disney+ Day with four daily surprise screenings of fan-favorite movies. Each movie will feature a surprise short, and guests won’t know which movie is being shown until the screening begins. Tickets for these surprise screenings are $5 each, and guests will receive a free Disney+ poster and a special concession offer with their ticket purchase.

Pop-Up Stunt: Disney+ will pop-up in cities around the world this week with larger-than-life icons and characters from the service’s marquee brands. The activation kicked off in New York City on November 8 and will continue in Nashville on November 10, and Los Angeles on November 12.

TikTok Launch: Fans can tune in to the Disney+ Day celebration on TikTok where Disney+ has launched an official account. Follow @DisneyPlus on TikTok today for new content all week leading up to Disney+ Day. 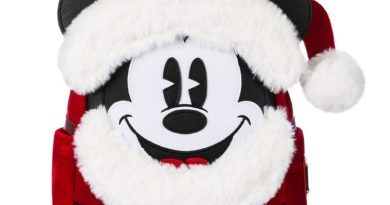 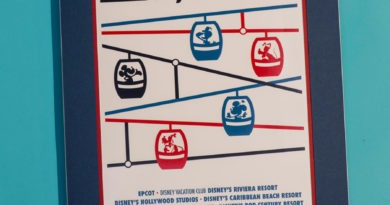 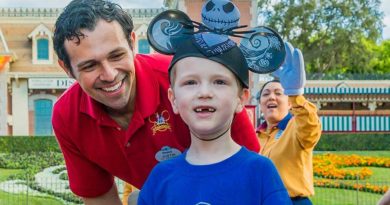 #DisneyMagicMoments: It’s All About Churros!