Not in NYC for the stage adaptation of Jim Henson’s Emmet Otter’s Jug-Band Christmas at New Victory Theater? No problem—you can catch the Frogtown Hollow Jubilee Jug Band (and rival band from Riverbottom, The Nightmare) from your living room. The theatre is streaming the production on-demand through the end of the run, January 2, 2022.

Based on the book by Russell and Lillian Hoban and Jim Henson’s popular classic holiday special, the story follows Emmet and Ma Otter as they enter a Christmas Eve talent contest hoping to win prize money to buy each other holiday gifts.

Christopher Gattelli, the Tony-winning choreographer of Newsies, directs and choreographs the stage adaptation of the beloved 1977 TV puppet special, featuring a mix of costumed performers and puppets from Jim Henson’s Creature Shop. The show has a book by iTheatrics’ Timothy Allen McDonald and Gattelli and a score by Oscar winner (and frequent Muppets collaborator) Paul Williams. 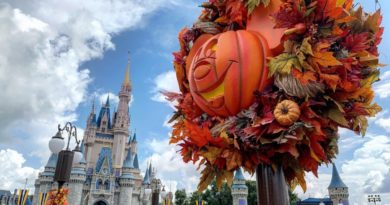