In honor of the late Stan Lee’s birthday, Mark Ruffalo paid tribute to the comic book legend in a post on social media and its safe to say he’s tugged on all our heart strings.

In a new tweet on his official Twitter, Mark Ruffalo wrote: “Thinking of Stan Lee and everything he’s done for our extended Marvel family today.” As part of the post Ruffalo also shared an image of Stan Lee surrounded by covers for the Fantastic Four, X-Men, Amazing Fantasy, Avengers, Amazing Spider-Man, and Incredible Hulk.

Thinking of Stan Lee and everything he’s done for our extended Marvel family today. pic.twitter.com/wOaKysA1ne

Up until recently, Ruffalo had a major role in the Marvel Cinematic Universe as he portrayed The Hulk in several MCU films.

For those who may be unaware, together with Jack Kirby and Steve Ditko, Stan Lee helped co-create many of these Marvel superheroes. These heroes became household names long before making it even bigger on the big screen as readers followed their adventures in the comics.

In the writing of this post, this tweet by Ruffalo has amassed over 55,000 likes and over 4,300 retweets. In heartfelt responses, fans commented on the post sharing their respect to the late comic book genius.

Lee died on November 12, 2018, at the age of 95, one month before his 96th birthday, at Cedars-Sinai Medical Center in Los Angeles, California. Earlier that same day Lee was rushed to the hospital in a medical emergency. Earlier that year, Lee revealed to the public that he had been battling pneumonia and in February was rushed to the hospital for worsening conditions at around the same time.

The immediate cause of death listed on his death certificate was cardiac arrest with respiratory failure and congestive heart failure as underlying causes. It also indicated that he suffered from aspiration pneumonia. His body was cremated and his ashes were given to his daughter.

What is your favorite Marvel comic book that has come about because of the late and great Stan Lee? Let us know in the comments! 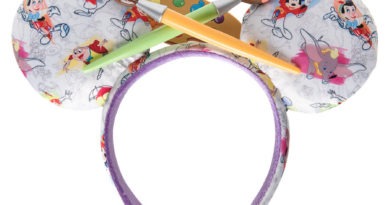