Unless you live under a rock, you’re probably aware of the incredible cross-over featured in “Spider-Man: No Way Home,” the inclusion of previous Spider-Mans Tobey McGuire and Andrew Garfield. Garfield recently spoke about his experience keeping the secret of this epic plot point, which he reveals he even kept from his former cast mate Emma Stone.

This made my brain explode!! Guess who else Andrew Garfield lied to about being in SPIDER-MAN: NO WAY HOME? Emma Stone!

Listen for free to our 45 minute spoiler chat here: https://t.co/p2L1jwCnVS

Or try our patreon out at https://t.co/e84WokCDhq to watch all our episodes pic.twitter.com/dtH2N2uXfG

Unlike his costar Tom Holland, Garfield has not had issues in the past revealing details of films he’s starred in prior to their release. However, coming up to the release of “Spider-Man: No Way Home,” Garfield did face a great deal of questioning of whether or not he might appear in the block-buster film. It seems the speculation came about due to some leaked images that made their way online showing Garfield, Holland, and McGuire all together in screenshots from the movie.

Of course, maintaining the incredible secret, Garfield explained that he didn’t know what Fallon was talking about. Of course, now we all know know he most certainly knew.

What are your thoughts on Andrew Garfield not revealing to his former costar in the “Spider-Man” franchise that he’d appear in “Spider-Man: No Way Home?” Let us know in the comments! 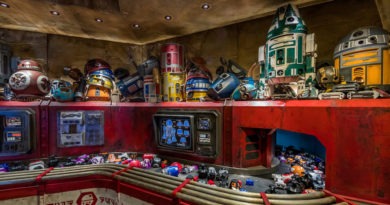