From the Disney Parks Blog and written by: Nikki Moreno

Aloha music fans! We’re super excited to announce that ABC’s “American Idol” is returning to Aulani, A Disney Resort & Spa for its fifth season on ABC and 20th season overall. After earning their chance to become America’s next superstar in Hollywood, the top 24 American Idol contestants will journey to Oahu to hone their craft under the guidance of celebrity mentors as they prepare to showcase their vocal skills during a concert on Aulani Resort’s beach.

Inside Scoop: 7 Takeaways After Traveling to Spain and France with National Geographic 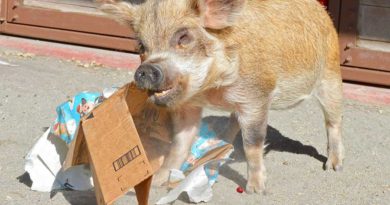 Holidays are Fun for Everyone at Disney’s Animal Kingdom

#DisneyCreators: ‘Tim Burton’s The Nightmare Before Christmas’ Treat Board

‘Tis The Season for New Merry Merchandise Coming to Disney Parks and shopDisney.com