As stated by Bob Chapek on a recent earnings call, it seems the Walt Disney Company’s streaming service Disney+ might be increasing past its $7.99 a month price point, which would mark the second price increase since the launch of the service.

During the call, Chapek brought up the fact that the platform will be seeing a series of new and exclusive shows and movies by early October, which he believes will attract more customers to the increasingly growing streaming service. Of course, with this predicted influx of new customers, Chapek believes this is the ultimate reason to hike up its price.

“I think that will give us the impetus to increase that price/value relationship even higher and then have the flexibility if we were to so choose to then look at price increases on our service,” Chapek said on Disney’s earnings call last week.

It’s worth noting that Chapek didn’t say exactly when we might see the increase or what the new price points would look like for the service. Currently, Disney+ is available for purchase on a monthly or yearly subscription, with the yearly subscription billing at a one time cost of $79.99 per year.

The biggest competition to Disney+ at the moment is Netflix, which just recently saw an increase in its subscription prices in both the US and Canada by $1 to $2 depending on the plan. The service’s most popular plan went from $13.99 to $15.49.

At this time, Disney+ currently has 129.8 million subscribers and has plans of increasing this to upwards of 230 to 260 million  by the end of fiscal 2024. Echoing Chapek’s comments made in the call this week, the company states its new shows and movies that have been continued to be released over the past year is the reason for all of the streaming service’s success.

If Bob Chapek does end up increasing the price of Disney+ will you take a break from the service? Let us know in the comments! 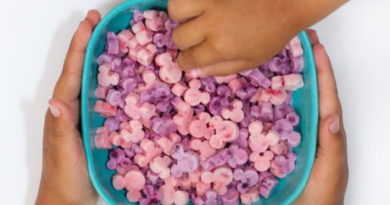