According to a new report by TMZ, it seems a vintage, unopened VHS copy of Star Wars is going up for auction and is expected to sell for upwards of $60,000. Yes–you read that right, $60,000 for a single VHS tape.

Per the same report, the tape is a 1984 first release of “Star Wars IV: A New Hope” that has been rated NM 8.0/B by VHSDNA. For those not familiar, VHSDNA is an organization that grades VHS tapes based on the condition they’re in and estimates their value–a similar process you might have heard of also happens with vintage and rare comic books prior to them being put up for sale.

This copy of the iconic film is also said to include a “Gray Tape-Head”, a “First Edition Stereo Only” red label, a “1984 Sleeve” and “First Edition CBS/Fox Watermarks.” The tape will be auctioned by Goldin and the auction is set to end on Wednesday, February 23.

According to Comicbook.com, it seems this isn’t the first time a VHS tape like this one that has gone to auction for a shockingly high value. The same edition of this tape was sold at an auction previously and was purchased for $57,000.

This isn’t the only Star Wars VHS tape that is currently at auction for a high value. There’s also a sealed copy of the Star Wars 10-year Original Trilogy Set that’s predicted to sell for anywhere between $10,000 to $20,000. Additionally, there is also two other copies of the 1984 Star Wars VHS tape up for auction as well. However, at this time it is not known how much these are expected to sell for.

Considering the high estimates for the rest of the VHS tapes, we can only imagine a small fortune.

What are your thoughts on this special edition “Star Wars” VHS tape potentially selling for upwards of $60,000 at auction? Let us know in the comments! 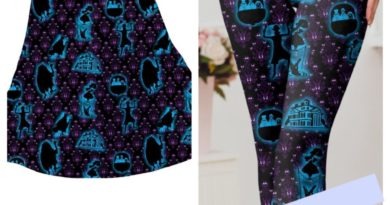 New Trailer Debuts for ‘Behind the Attraction’ on Disney+﻿