“Avengers: Infinity War” star Peter Dinklage, most known from HBO’s “Game of Thrones,” has teased the fact that he’ll be returning to the Marvel Cinematic Universe in the upcoming “Thor: Love and Thunder.”

Dinklage told Empire Magazine: “Well, there’s another Thor movie there, isn’t there? Coming out that Taika’s directed. But, I didn’t say anything. I didn’t say anything. If you die in a Marvel movie, doesn’t mean it’s your last Marvel movie. That’s the crazy thing, it doesn’t matter. Somebody could make a TV—now, there’s TV shows. It’s Marvel World, we’re just all part of it.”

For those who may not remember, in “Infinity War” Dinklage played the role of Eitri, King of Dwarves and the last remaining resident of Nidavellir. In the film, Eitri helped Thor forge the Stormbreaker, the weapon that was eventually used to decapitate Thanos.

“Well, just between [me and] you and the readers, I’ve done some crazy sh*t in my life. I’ve lived, like, ten lifetimes. But it’s the craziest film I’ve ever done,” Waititi said of Love and Thunder. “If you wrote down all the elements of this film, it shouldn’t make sense,” he added, “It’s almost like it shouldn’t be made. If you walked into a room and said, ‘I want this and this and this.’ Who’s in it? These people. What are you going to call it? Love And Thunder. I mean, you’d never work again. Maybe I won’t after this.”

What are your thoughts on Peter Dinklage returning for his role of Eitri in “Thor: Love and Thunder”? Let us know in the comments! 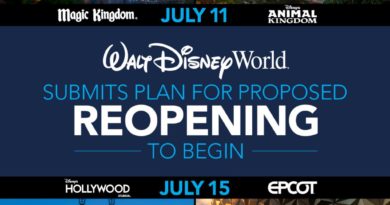