Marvel’s Ironheart Disney+ series has officially found its latest star. On Friday, The Hollywood Reporter confirmed that This Is Us star Lyric Ross has joined the cast of the upcoming series, and will be playing the best friend of Riri Williams / Ironheart (Dominique Thorne). Also among the cast is Hamilton and In the Heights star Anthony Ramos, who is reportedly portraying the series’ villain. Ross is known for playing Deja Pearson on This Is Us, as well as having roles in Sirens and Chicago Fire.

Given how relatively recent Riri’s comic history has been, it will be interesting to see which comic-accurate character (if any) Ross’ role could end up being. There’s a chance she could be Natalie Washington, Riri’s neighbor who gets killed by gun violence as a teenager, and who later becomes the basis for the N.A.T.A.L.I.E. artificial intelligence that Riri uses in her suit. This could be adapted into live-action in some interesting ways, as N.A.T.A.L.I.E. often appears to Riri as a purple-hued hologram in the comics. Another possible character is Daija Hamilton, a high school friend of Riri’s who is tied to a conspiracy surrounding missing children.

The Ironheart Disney+ series was confirmed during 2020’s Disney Investor Day presentation. The series will follow Riri, a teenage girl and genius inventor who goes on to create the most advanced suit of armor since Iron Man. Snowpiercer writer, playwright, poet, and educator Chinaka Hodge will be serving as showrunner.

“I was at home in Delaware and I got a call asking if I would like to play this role. It was the best phone call I could have ever received,” Thorne told Empire Magazine in an interview last year. “I was so shocked, in fact, that there was a considerable lag in the conversation! (laughs) I was waiting for them to say, like, ‘Oh, we’ll send you the sides’ or, ‘Get your tape over to us.’ But there was none of that. It was just like, ‘Would you like to do this?’ It was probably the most unique experience I’ve ever had because there was no audition at all.”

What do you think of Lyric Ross joining the cast of Ironheart? Share your thoughts with us in the comments below! 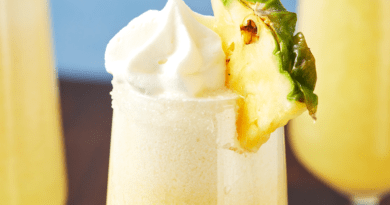 Dole Whip Mimosas ~ Make Your Own

Universal Orlando Resort Introduces Brand-New Mardi Gras Float Ride and Dine Experience – Allowing Guests to Take their Celebration at Florida’s Biggest Party to the Next Level on Select Dates from February 4 through April 16, 2023