We’ve got some spooktastic news for you: Disney’s “Haunted Mansion” reboot film is officially hitting theaters next year! The movie is set for a spring release in 2023.

Unless you’ve been living under a rock you’re probably aware that Disney will be rebooting its beloved “Haunted Mansion” series with a new film. The news was first announced last year. However, at the time, not many details were revealed with this news. Now, over a year later, we finally have somewhat of a sense of the spookiness we should be expecting in the upcoming film.

The movie is set to star Danny DeVitto, LaKeith Stanfield, Tiffany Haddish, Owen Wilson, and Rosario Dawson. With the exception of Danny Devito, we’re not yet sure who these stars will be cast as in the film as the studio has not yet given any background information on any of their characters. DeVitto has been revealed to be playing the curmudgeonly professor, which we’re very excited for!

Additionally, it’s recently been revealed that the film currently has two separate filming locations: Atlanta and New Orleans. For those who are big fans of the Haunted Mansion attraction–Disneyland’s version of the ride is found in New Orleans Square!

When Disney first revealed they were rebooting the series, the company confirmed it would be penned by screenwriter Katie Dippold, according to a report by The Hollywood Reporter.

For those not familiar with the writer, Dippold is most known for her work on the 2016 film remake of the original “Ghostbusters” movie series that featured the all-female cast of Kate McKinnon, Kristen Wigg, Melissa McCarthy, Leslie Jones, and a few other famous female comedians.

What are your thoughts on Disney bringing the story of The Haunted Mansion back to the big screen once again? Let us know your spooky thoughts in the comments! 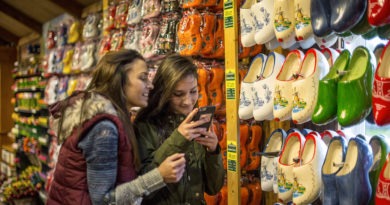