“Disney, the door is open to bring those jobs back to California – the state that actually represents the values of your workers,” Newsom wrote on Twitter over the weekend, attaching a report of a letter sent to Disney leadership by a group of Pixar employees who said they were “hurt” and “angry” over CEO Bob Chapek’s insufficient response to the Florida bill, which seeks to restrict classroom instruction related to sexual orientation or gender identity in the state’s public schools.

“We are writing because we are disappointed, hurt, afraid, and angry,” employees wrote in the statement released last week, which was signed by “the LGBTQIA+ employees of Pixar and their allies.”

“In regards to Disney’s financial involvement with legislators behind the ‘Don’t Say Gay’ bill, we hoped that our company would show up for us. But it didn’t.”

Bob Chapek recently went backwards on the company’s stance on the bill, first not choosing a stance but later opposing the bill.

In a statement released last week, Chapek said that he called Florida Gov. Ron DeSantis Wednesday morning, “to express our disappointment and concern that if the legislation becomes law, it could be used to unfairly target gay, lesbian, non-binary and transgender kids and families.” Chapek says DeSantis has agreed to meet with him and some of Disney’s LGBTQ+ employees to hear their concerns.

Would you pick up and move across the country to California to work at Disneyland? Let us know in the comments! 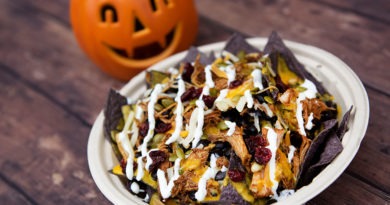 Get Ready for a Magical Halloween with LPA