Disney+ announced plans to introduce Sing-Along versions of beloved fan-favorite musicals, beginning with Walt Disney Animation Studios’ critically acclaimed film “Encanto” on Friday, March 18. On average, “Encanto” streamers have watched the film five times with the title accumulating over 180 million re-watches globally since launch. Disney+ subscribers really can’t stop streaming “Encanto!” The new Sing-Along version of the film will allow fans to further immerse themselves in the magic of the music from “Encanto.”

While watching the new Disney+ Sing-Along version of “Encanto,” subscribers can follow the on-screen lyrics and sing along to all their favorite songs from the movie including “We Don’t Talk About Bruno,” “Family Madrigal,” “Surface Pressure,” “Dos Oruguitas” and more.

Check out a special look at the Sing-Along version of “Encanto” here: 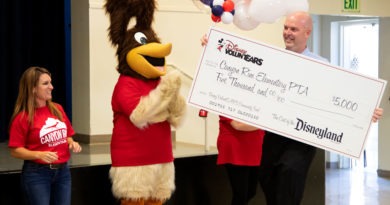