For the first time, Olivia takes audiences on a familiar road trip from Salt Lake City, where she began writing her triple-platinum debut album “SOUR” (Geffen Records) to Los Angeles. Along the way, Rodrigo recounts the memories of writing and creating her record-breaking debut album and shares her feelings as a young woman navigating a specific time in her life. Through new live arrangements of her songs, intimate interviews and never-before-seen footage from the making of the album, audiences will follow her along on a cinematic journey exploring the story of “SOUR.”

“OLIVIA RODRIGO: driving home 2 u” is a Disney+ original film from Disney Branded Television, directed by Stacey Lee and produced by Interscope Films and Supper Club.

About Disney+
Disney+ is the dedicated streaming home for movies and shows from Disney, Pixar, Marvel, Star Wars, and National Geographic, along with The Simpsons and much more. In select international markets, it also includes the new general entertainment content brand, Star. The flagship direct-to-consumer streaming service from The Walt Disney Company, Disney+ is part of the Disney Media & Entertainment Distribution segment. The service offers commercial-free streaming alongside an ever-growing collection of exclusive originals, including feature-length films, documentaries, live-action and animated series, and short-form content. With unprecedented access to Disney’s long history of incredible film and television entertainment, Disney+ is also the exclusive streaming home for the newest releases from The Walt Disney Studios. Disney+ is available as a standalone streaming service or as part of The Disney Bundle that gives subscribers access to Disney+, Hulu, and ESPN+. For more, visit disneyplus.com, or find the Disney+ app on most mobile and connected TV devices. 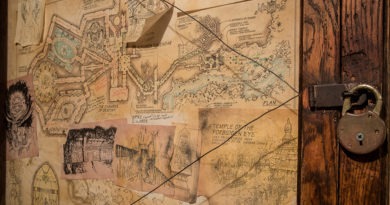 Add Some Magic to Your Waffles With This Mickey Mouse Waffle Maker!