Fans of the film “Enchanted” were excited to hear that a sequel would be coming to Disney+! “Disenchanted” stars original cast members Amy Adams and Patrick Dempsey as Giselle and Robert. Some behind the scenes photos from the set have leaked and we wanted to share this first look with you!

In the photos obtained by E! News, Amy is seen pushing a pram in a broad gold fairy-tale dress and patterned hood, hinting at a possible child in Giselle’s future. Meanwhile, Patrick, 56, is wearing a quilted tunic, knee-high boots and white shirt to complete his look.

The shots were taken in Buckinghamshire, a village just North of London that seemed to be transformed into a town fit for a fairy tale. Amy teased some details on the happenings in the kingdom of Andalasia in a September interview with Jimmy Fallon.

“There’s a lot more singing,” the 47-year-old actress said about the sequel, which is set for release later this year, on The Tonight Show. “And there’s a lot more dancing, which was humbling.”

Newcomer Yvette Nicole Brown shared some additional details on the upcoming movie on E!’s Celebrity Game Face, teasing that her character Rosaleen is “in a lot of scenes with Maya [Rudolph] and Jayma Mays.” Maya and Jayma are joining the land of Andalasia as Malvina Monroe and Ruby, respectively.

Added Yvette of the sequel, “The music is bigger, better, bolder, wonderful-er.”

So, who else is excited for Disenchanted? I know I am!

Photos and info from E News! 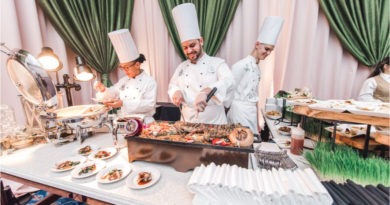 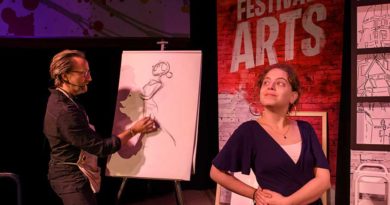 Aunty’s Beach House to Reopen at Aulani Resort May 25